How Africa will be affected by climate change

The African continent will be hardest hit by climate change.

There are four key reasons for this:

Is Africa sleepwalking into a potential catastrophe?

African climate is replete with complexity and marvels. The Sahara is the world’s largest desert with the deepest layer of intense heating anywhere on Earth.

In June and July the most extensive and most intense dust storms found anywhere on the planet fill the air with fine particles that interfere with climate in ways we don’t quite understand. 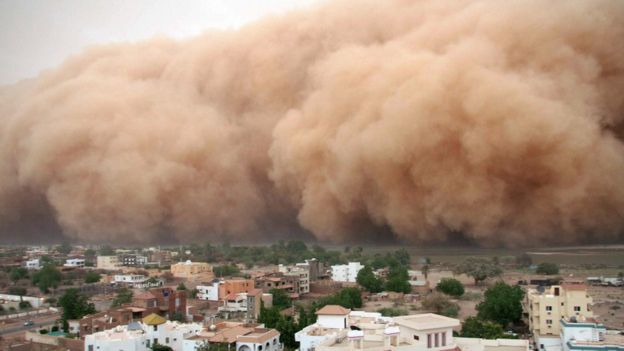 The region is almost completely devoid of weather measurements yet it is a key driver of the West African monsoon system, which brings three months of rain that interrupts the nine-month long dry season across the Sahel region, south of the desert.

For the decades following the 1960s and peaking in 1984, there was a downturn of rainfall of some 30% across the Sahel, which led to famine and the deaths of hundreds of thousands of people and the displacement of many millions.

No other region has documented such a long and spatially extensive drought.

Evidence points to Western industrial aerosol pollution, which cooled parts of the global ocean, thereby altering the monsoon system, as a cause.

The currently observed recovery of the rains is projected to continue through the 21st Century, particularly over the central and eastern Sahel. 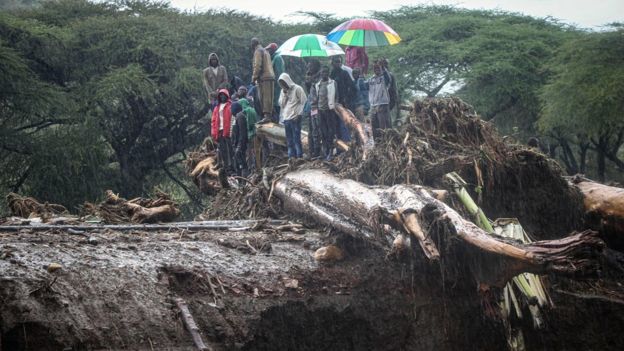 But that change seems to depend on exactly where future heating in the central Sahara peaks, emphasising cruelly the region we least understand.

In southern Africa we are seeing a delay in the onset and a drying of early summer rains, which is predicted to worsen in forthcoming decades.

Temperatures there are predicted to rise by five degrees or more, particularly in the parts of Namibia, Botswana and Zambia that are already intolerably hot.

Meanwhile over Kenya and Tanzania, the long rains from March to May start later and end sooner – leading to an overall decrease in rainfall. 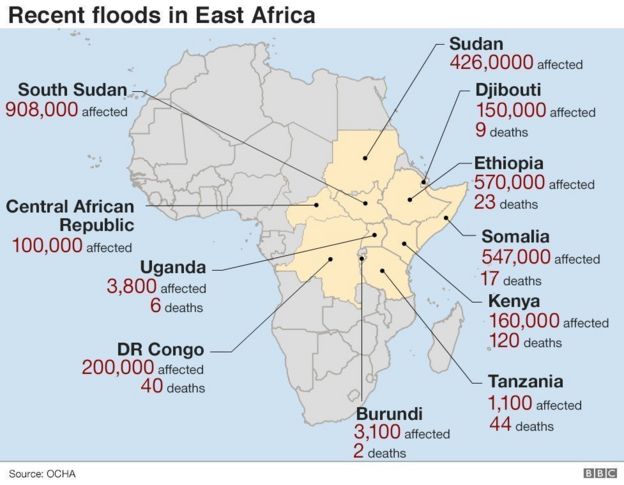 This observed change sits uncomfortably next to predictions of a wetter future in the same season – a problem scientists have termed the East African Climate Paradox.

Central Africa, one of three regions on the planet where thunderstorms drive the rest of the planet’s tropical and sub-tropical weather systems, lives perilously close to the rainfall minimum needed to support the world’s second largest rainforest system. 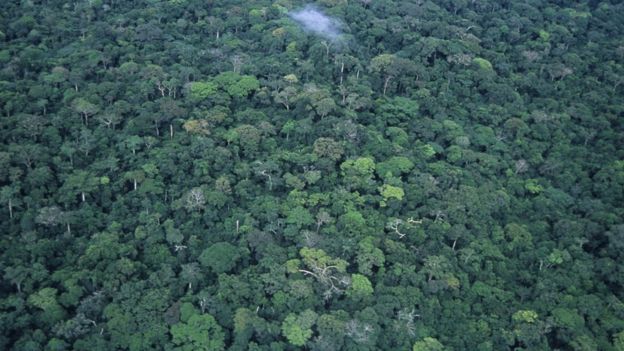 Even a little less rainfall in the future could endanger the forest and its massive carbon store.

We know remarkably little about that climate system – it is scarcely even monitored – there are more reporting rain gauges in the UK county of Oxfordshire than the entire Congo Basin.

Emerging from one of those rapidly warming oceans, tropical cyclones Idai and Kenneth in March and April 2019 destroyed parts of Mozambique, Zimbabwe and Malawi, with Kenneth following a particularly unusual path over Tanzania.

But on the scientific front there is hope. In collaborative efforts we are working intensely hard to improve climate prediction. 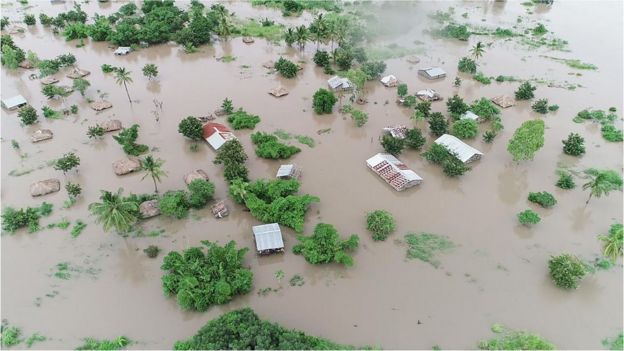 Projections of climate change depend on climate models of which there are dozens, each as complicated to understand as the real world.

Through efforts such as the ongoing Future Climate for Africa (FCFA), a programme funded by the UK’s Department for International Development and Natural Environment Research Council, the experience and insights of African climate scientists have led to a discernible jump in our ability to understand and model African climate.

We have new insights brought through that scientific ingenuity. 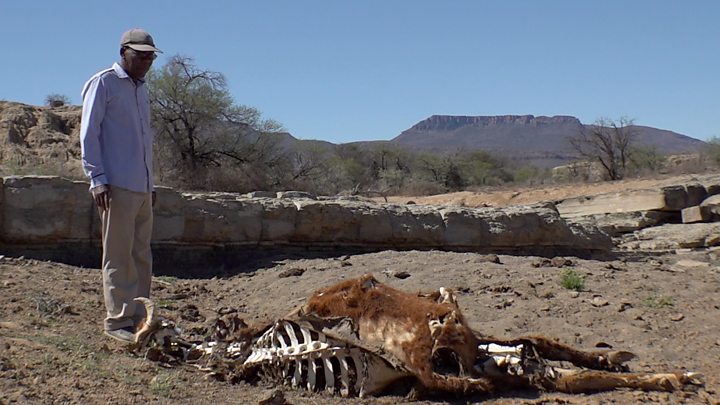 The town where it hasn’t rained for five years

Each region and sub-region of Africa is changing differently but an emerging commonality is a shift towards more intense rainfall – even where there is observed and projected future drying.

The rainfall arrives in shorter bursts, causing more runoff and longer dry-spells in between.

New models, developed as part of FCFA, are now run at extremely high resolution with grid spacing of around 4km (2.5 miles) for the entire continent.

The results point unambiguously to an increase in both rainfall intensity and the length of dry spells, and we have strong reason to believe them.

Central to that rainfall change is the behaviour of thunderstorms, which deliver around 70% of African rain. 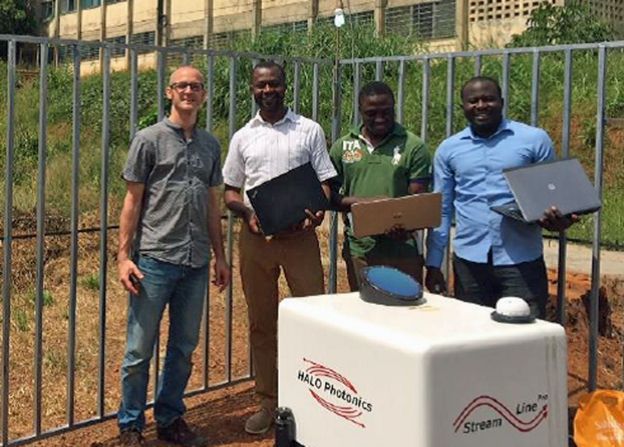 Standard global climate models can only represent these key systems indirectly but the new models are capable of representing thunderstorms systems adequately for the first time.

This is part of the approach we are adopting – to find out exactly how the models simulate the changing weather.

From an extremely modestly resourced lab in Cameroon, for example, Wilfried Pokam and his team of researchers are exposing the way that the central African climate system and southern Africa are linked, thereby breaking the mould of our stubborn piecemeal, regional view of the continent’s climate system. 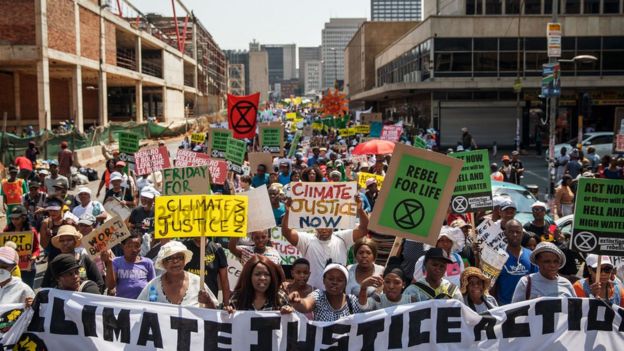 Such breakthroughs are improbable when you consider that these researchers download massive data sets through cheap Sim cards in their mobile phones and analyse the output overnight.

By day, they keep the first Lidar system in central Africa running. The Lidar measures winds in the lowest few kilometres of the atmosphere, helping to fill the vast data void in central Africa.

They are part of a set of young scientists joining the race to set adaptation to climate change in motion before Africa is overwhelmed.

It is a matter of social justice that we succeed.

Africa will be hardest hit by climate change, but has contributed the least to causing that change.

Richard Washington is a professor of climate science at the School of Geography and the Environment at Oxford University in the UK.