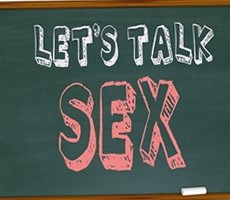 When a guy loses his virginity he feels like a stud, but the opposite is true for the ladies. A new study examined 100 college students over the course of four years who were virgins at the start of college, and how their perspective of their own bodies changed after sex.

It should be noted that this study only focused on the negative responses from women. There are a lot of other questions that arise; had these adolescents been sexually active at all? What happens if your first sexual encounter is with someone of the same sex? What were the circumstances of the event? How does someone respond if they lose their virginity later in life? An interesting study might be on the physiological impact sex has over the course of all four years of college, the “then” and “now” of sex and body perspective.

Tracy Clark-Flory says, “when it comes to actually getting busy, they (women) are more likely to critically evaluate their bodies in terms of the worshiped feminine ideal.” This is called sexual spectatoring, i.e. seeing yourself from the outside rather than actually focusing on and enjoying the sex you are having in the present moment. After all, society is bombarded all the time with what media and entertainment deem as “hot or not” and now women are behind the camera observing, comparing and scrutinizing their own bodies. There are negative outcomes for the boys too; they begin to get riskier and riskier the more sex they have. This could lead to a lot of sexual partners and potential STDs.

One way to help alleviate these negative outcomes might be to develop a sex education class that really gets down to the nitty-gritty of these issues. We’ve seen that close to 1 to 2 percent of the population struggles with body dysmorphic disorder, so dealing with it earlier is a good idea.

As a woman gets older, her body image get better, but sadly a man’s get worse. There has to be something out there that makes everyone feel good about themselves and their sex lives, after all, it’s good for you!