How GFA, government worked to evacuate stranded footballers from Ethiopia 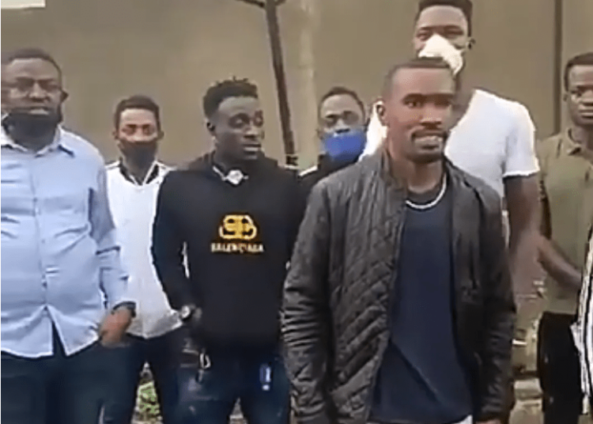 President of the Ghana Football Association (GFA) Kurt Okraku has confirmed the arrival of 18 stranded Ghanaian footballers based in Ethiopia.

The players arrived in Accra on Friday night by bus and will be under mandatory quarantine for the next 14 days at the Ghanaman Soccer Centre of Excellence.

The move is a requirement by government to contain the spread of the COVID-19 pandemic.

On June 24, 21 footballers, led by Black Stars 2010 World Cup star, Lee Addy sent a Save Our Soul (SOS) request to government to open the country’s borders for their return.

They cited hardships due to the COVID-19 pandemic that forced federations to halt their major seasons.

The Ghana FA through its Secretary General, Prosper Harrison Addo on July 1, sent a letter to the Presidency, seeking for the state’s intervention.

Nana Bediatuo Asante, Secretary to the President, on July 2, wrote to the GFA informing them steps were been taken to bus the contingent to Ghana on July 3 from Togo.

The letter said “…approval has been granted to twenty-one (21) Ghanaian footballers currently stranded in Ethiopia to be picked up at the Lomè airport and transported to Ghana by road on Friday July 3, 2020 on bus no GW 883 – Z.”

It added, however, that, “the approval is granted subject to the arriving Ghanaian footballers being quarantined for 14 days in a government designated facility and the strict adherence to social distancing and other prescribed protective protocols.”

The Ghana Police Service and Immigration Service were notified to allow the players ‘transit’ through Ghana’s border.

The arrival of the players delayed by two weeks due to a reported ethnic conflict in Addis Ababa that brought activities in the capital to a halt.

Eighteen players enplaned to Togo after security managed to contain the conflict. Three members of the group chose to stay behind for contractual negotiations with their clubs.

The players and some students who were also stranded in Addis Ababa were picked in Lome’ and driven to Ghanaman Soccer of Excellence for the mandatory quarantine as demanded by government in their letter to the FA.

The GFA facility was chosen after deliberations with government of Ghana. Joy sports gathered that, during the discussions of their arrival, government said the players will cater for the cost of their quarantine.

The football governing body through its President, Kurt Okraku suggested the Ghanaman Soccer Centre of Excellence is used by the contingent for ‘free’ because not all the players could afford the cost of quarantine for the duration required.

Government approved the venue to be used by the players. The footballers currently in quarantine at the centre include Lee Addy, who was an integral part of Black Stars squad that reached the quarter final of the 2010 World Cup in South Africa a decade ago.

The players would be allowed to reunite with their families after the two weeks quarantine if they show no symptoms of COVID-19.