How to come up with "hot" startup ideas - MyJoyOnline.com

How to come up with “hot” startup ideas 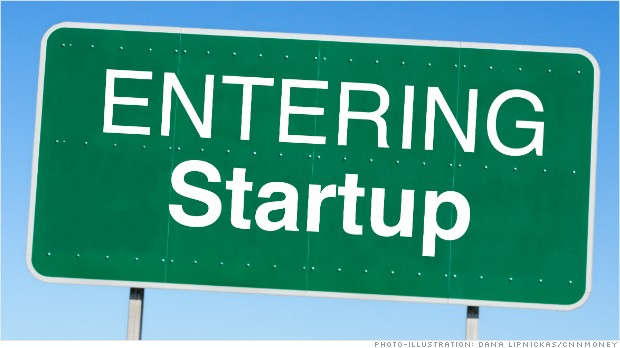 I’ve seen many people helplessly come to the conclusion that good ideas either drop from the skies or is the preserve of a few super creative people. They assume coming up with ideas for a startup is so hard so they don’t even try at all.

To put things in perspective, there are two types of startup ideas and these are;

â—    Organically generated ideas – They come naturally as a result of your own personal life experiences.
â—    Made-up ideas – These come from observing, thinking over and coming up with solutions for problems that pertains to other people.

Just to make things clear, if you were a medical Doctor and you came up with an idea that solves a nagging problem for lawyers then that idea would be a “Made-up idea”. In contrast, compare that with the story of how Facebook was founded – Mark Zuckerberg saw there was no efficient way for students of Harvard (which he was a part of) to connect while on campus (the problem) so he came up with the idea to solve that problem. In this case, the later is an “organically generated idea” – It was a problem he was personally facing together with other people.

What then is a good startup idea?

As Paul Graham, Co-Founder of Y-Combinator puts it, “The way to get startup ideas is not to try to think of startup ideas. It’s to look for problems, preferably problems you have yourself.”

To gauge the effectiveness of a startup idea, there must be at least some users who desperately want the solution at the time of its launch. I’m not talking about people who could see themselves using the solution one day but those who need it so badly they want to use it now. Think of the long queues we saw at Apple stores in New York and other major cities when the iPhone was released. There were thousands of people camping outside in cold wintery weather overnight to get their hands on the iPhone.

Imagine the infographic above whose y-axis represents all the people who might want what you’re making and whose x-axis represents how badly they want it. A good startup will provide a solution to a problem to an initially small group of people who need it so badly. At this stage, the task is to overtime grow the number of highly engaged users dramatically. As an example, companies like Google, Netflix and Apple have hundreds of millions of highly engaged users of their products daily.

The key is to look for a small subset of a bigger user base at first and once this initial group of highly engaged users are satisfied with the solution, then you move to the bigger subset. That’s what Facebook did – It was a good idea because it started with a small market (Harvard) where there was a fast path out of into a bigger subset (College Students). Colleges are so similar in their interests that if a solution works on one campus, it has a high chance of working on any other campus.

If you are into computer programming and start learning about some other fields like healthcare, you are more likely to find problems in healthcare that software can solve.

Like in the case of Prinnto, I had been in software and digital marketing for over a decade and it just happened a friend approached me for a free consultation on digital marketing for his large format printing business. After providing him with a solid digital marketing strategy and a road map for execution, I just out of curiosity wanted to learn more about the industry since I’ve had some terrible personal experiences ordering prints for my business in the past.

After reading around and running some competitor and traffic reports, I noticed that industry was very old and traditional making it ripe for digital disruption. That’s how the whole idea of Prinnto was born – To make it super easy to create your own custom design online in minutes, securely pay for your order and get it printed and delivered to you in the comfort of your home or workplace.

Another way of getting startup ideas is by looking for ways to make things cheaper or easier. This could unravel hidden startup opportunities.

So if you want to start a startup, you can take almost any existing technology or product produced by a big company, and assume you could build or create something way easier to use.

After traveling extensively across Europe and the US and back to Ghana, I can confidently say that comparatively, Ghanaian businesses provide the worst customer service experience, hands down! You walk into most businesses to buy stuff and they make you feel as if they are doing you a favour while you are spending your hard-earned money with them. Customer service is so poor it’s not even a joke anymore.
If you are looking for a startup idea, you may not need to come up with any original idea at all. You can simply pick on any existing businesses you have some expertise in and offer “super-crazy” out-of-this-world customer service and you will be laughing all the way to the bank.

What to do when you can’t generate ideas organically:

When searching for ideas, look in areas where you have some expertise. If you’re a logistics expert, don’t build a chat app for teenagers (unless you’re also a teenager).
The place to start looking for ideas is things you need. There must be things you need.

One good trick is to ask yourself whether in your previous job you ever found yourself saying “Why doesn’t someone make x or y? If someone made x or y we would buy it in a second.”

There is no perfect idea

Wil Schrota, Founder of Clarity and Fundable put it this way “Perfect ideas don’t exist because—until you put them into the real world—they’re just concepts.  In the real world your idea will get beat up a thousand times until it barely resembles whatever is in your head right now.”

The truth is that ideas require lots of iterations. At best, all you’re going to start with today is the first iteration.  You’re going to improve and modify the product so many times that by the time it becomes the “perfect product”—it will barely resemble what you have in your mind now.

The fact is, most startups end up nothing like the initial idea. It would be closer to the truth to say the main value of your initial idea is that, in the process of discovering it’s broken, you’ll come up with your real idea.

I find that to have good ideas I need to be working on some problems. You can’t be saying I need to go sit quietly at a place to think of an idea. You have to start with a problem, ideally a problem you are personally facing then let your mind wander just far enough for new ideas to form.
Plus remember that whatever you come up with as a startup idea must be for something people want and are willing and eager to pay for.
In summary, If you have the right sort of background, good startup ideas will seem obvious to you.

Isaac Osei-Kissi is the Founder and CEO of Prinnto.com – Ghana’s #1 online printing services platform where we make it possible for you to order your prints online and get them delivered to you in the comfort of your home or workplace. He also hosts the Doing Business in Ghana Podcast where he interviews seasoned entrepreneurs about their journey, lessons, pitfalls and how they overcame.
You can reach Isaac at: +233 20 152 1651 or via his twitter handle @IsaacOseiKissi