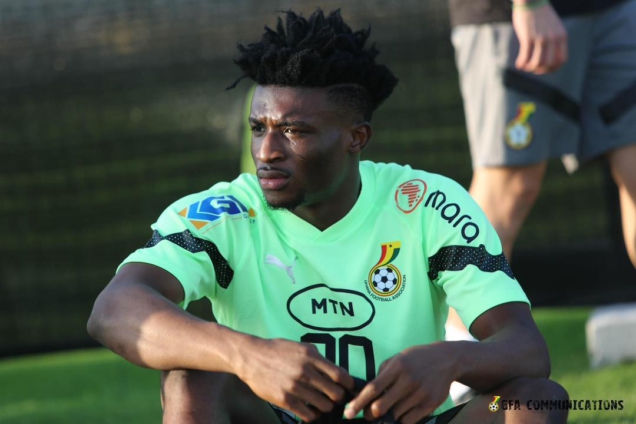 Ahead of Ghana’s opening game at the 2022 FIFA World Cup, Black Stars midfielder, Mohammed Kudus says he is motivated to do more for the national team.

Since making his debut for the Black Stars under Kwasi Appiah, Kudus has netted five goals in 18 appearances for the senior national team.

Despite being of Ghana’s key players in the last few years since his first appearance, Kudus says Ghanaians are yet to see his full potential as there is a lot in stock.

“What you see now is just the beginning,” he said on Star Connect.

“I am motivated to do more because I believe I can do more than I am doing now. There is still a part of my game that I can improve.”

The 22-year-old made his debut for the national team in November 2019, coming off the bench to score in Ghana’s win over South Africa during the Africa Cup of Nations qualifiers.

“For me to make my debut and score, the feeling was unbelievable and most importantly we won,” he added when quizzed about playing his first game of the Black Stars.

DISCLAIMER: The Views, Comments, Opinions, Contributions and Statements made by Readers and Contributors on this platform do not necessarily represent the views or policy of Multimedia Group Limited.
Tags:
Black Stars
Mohammed Kudus