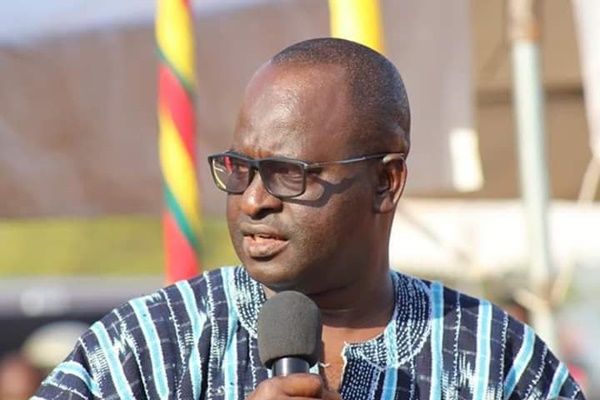 Upper West Regional Minister, Dr. Hafiz Bin Salih has described as surprising, the accusation leveled against him by Regional Executives of the New Patriotic Party that he has failed to include them in the organization of the visit of President Akufo-Addo to the region on Sunday, August 21, 2022.

Dr. Bin Salih said he has never turned his back on the party executives as on daily basis he briefed the Regional Chairman, First Vice and the Regional Secretary of the party on every move made regarding the President’s visit.

President Akufo-Addo is scheduled to begin a 3-day tour of the Upper West Region beginning next Sunday.

Even before he touches down in the region, there is already a turf war between his host, the Upper West Regional Minister, Dr. Bin Salih and Regional and Constituency Executives of the party.

At a press conference held in Wa and addressed by the Regional Secretary of the party, Dr. Dauda Tanko, they accused Dr. Bin Salih of putting the organization of the tour of the region under his armpit under the pretext that the visit is official and nonpolitical.

Dr. Dauda revealed that having refused to attend the meeting, the Regional Minister is alleged to be using some former Regional and Constituency Executives of the party to execute his agenda.

They have therefore urged supporters of the party to stay away from the visit of the President to the region.

“The Regional Executive Committee of the NPP has decided that since the Regional Minister said it is not political and all his actions shows same, party members are advised to stay away to allow the Minister and his officials to carry out their official visit,“ they concluded.

Couple of hours later Dr. Hafiz Bin Salih rebutted the claims of the party, describing it as surprising and strange.

He said he has never hidden anything from the executives and that he has always been in constant touch with the Regional Chairman of the party, S.B Kangbere, the party’s First Regional Vice Chairman, Alhaji Aziz Abdul Rahman and the Regional Secretary, Dr. Dauda Tanko.

”As recent as yesterday, I met the Regional Chairman, First Vice Chairman, Regional Secretary and the Deputy Regional Organizer of the party at the Regional Chairman’s residence where I updated them on measures that we have put in place. I never run a one-man show neither push them away from being part of the planning. They have always been informed adequately.

I was therefore surprised at a press conference that the Regional Executives said that I did not put them in the picture. I found that to be strange,” he noted.

“I also detailed the MDCEs to inform and rope in the party’s Constituency Chairman in all the activities and in all the organization and I am reliably informed that they have done that,” he insisted,

Dr. Bin Salih further stated that he has included in the planning, the party’s Regional Communication officer and 4 other communicators of the party to atttend radio programmes to inform the populace about the visit of the President.

He urged the people, particularly supporters of the party, to disregard the call by the party not to take part in activities lined up for the President’s visit.

”Mr. President is a true blue party person who is our leader and he is coming to the region. I therefore call on the chiefs and people of the Upper West Region to give the President a rousing welcome. We should all go to all the places he will be visiting.”

The relationship between Dr. Bin Salih and that of the Upper West Regional Chairman, S. B Kangbere’s led executives in the past 4 years has never been rosy.

The duo contested each other for the Upper West Regional Chairmanship of the NPP in 2018 which was won by S.B Kangbere. They finally smoked the peace pipe with the Regional Minister backing his second term bid few months ago, which he narrowly won.

From the look of things the wounds of the past election may have been healed but the scars still remain, hence the mutual suspicion.