I discharged myself well at IEA debate – President Mahama 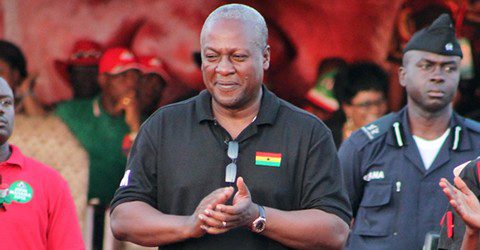 President John Mahama is patting himself as well as his party on the back, for their astounding performance at Tuesday’s IEA Presidential debate.

The Presiednt said while he was telling Ghanaians what his party was doing to improve on the lots of Ghanaians, the other Presidential candidates were cataloguing what they plan doing for Ghanaians if they are elected.

He is optimistic the electorate will vote for him and the NDC, judging from their performance over the last four years.

The President was speaking at the Palace of Dalkpema Naa Mohammed Dawuni.
“I think that the people of Ghana are discerning and they can see what this government has done in the short space of four years for them and they know that with what we have done, if we are given an additional term of office we will do even more than we have done already,” he noted.

President Mahama expressed optimism the NDC will be retained come December 7th, to enable it continues its better Ghana agenda.

The President earlier made a brief stop at the palace of the overload of Tamale Gulkpegu Naa Alhassan Abdulai who declared his support for the President and the NDC party.