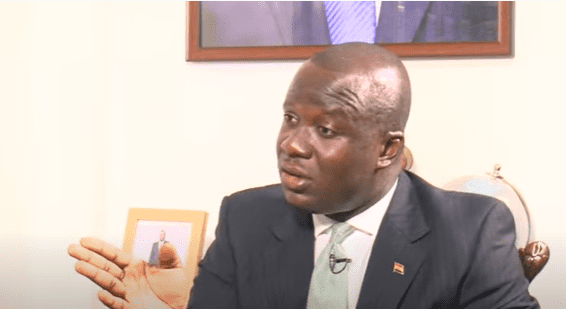 Minister of Lands and Natural Resources, Samuel Abu Jinapor has defended the many initiatives taken by government to rid the country of illegal mining activities that pose a threat to water bodies and forest reserves.

According to the Minister, there is no form of remorse or regret on his part, because he sought to enforce the laws to protect the environment.

Speaking with Evans Mensah on PM Express over the burning of excavators, Mr Jinapor noted that he relied heavily on the President’s decision regarding the steps to take to curb “galamsey”.

“The President set the pace and I relied on his reasoning heavily. The legal reasoning the president gave is sound and totally tenable and I did give a thorough legal justification for the action of government in this respect.

“The constitution is clear that the state has a duty to preserve the environment of our country for posterity,” he said on Tuesday.

For Mr Jinapor who doubles as the Member of Parliament for Damongo, Operation Halt, one of government’s initiatives to protect Ghana’s forest reserves and water bodies, has been successful.

“Operation Halt was a surgical operation and I think that it has been largely successful and even now as we speak, whenever we get intelligence of illegal mining taking place on a waterbody in our country, the military steps in.”

He further stated that the war waged against illegal mining must be built on integrity, where all prospective mining are banned irrespective of the condition.

Earlier this year, government came under strong criticism for its decision to burn excavators that were found in restricted areas or on waterbodies.

President Akufo-Addo stated that he disagreed with assertions by some Ghanaians that steps taken by his government to preserve the environment from galamsey were harsh.

Speaking at the sod-cutting ceremony for the construction of phase one of the Law Village Project of the Ghana School of Law, on May 26, he charged aggrieved parties to seek redress from the Court of Law.

But Minority leader, Haruna Iddrisu argued that the directive is in excess of the powers of the President and a breach of the Laws of the state. He described the directive as an abuse of the rights of citizens, stating that the President is denying victims their “right to ownership.”

“The Constitution has not clothed any President with powers to burn excavators [and] the President is accordingly reminded that his powers under the constitution are subject to the laws of Ghana and subject to respecting the fundamental rights and freedoms of Ghanaians including the right of any Ghanaian to own an excavator [which falls under] the right to ownership,” he said.

Legal Practitioner, Tsatsu Tsikata, Editor-In-Chief of the New Crusading Guide, Abdul Malik Kweku Baako, were among those who opposed the idea of burning seized excavators.

On the matter, Attorney General, Godfred Yeboah Dame, rejected claims that the destruction of excavators by the Operation Halt team would result in financial claims against the government.

Mr Godfred Dame, speaking on JoyNews’ Newfile, Saturday, May 29, explained that mining in forest reserves and water bodies is illegal.