I fear for my life in the Parliamentary Chamber - Afenyo-Markin - MyJoyOnline.com

I fear for my life in the Parliamentary Chamber – Afenyo-Markin 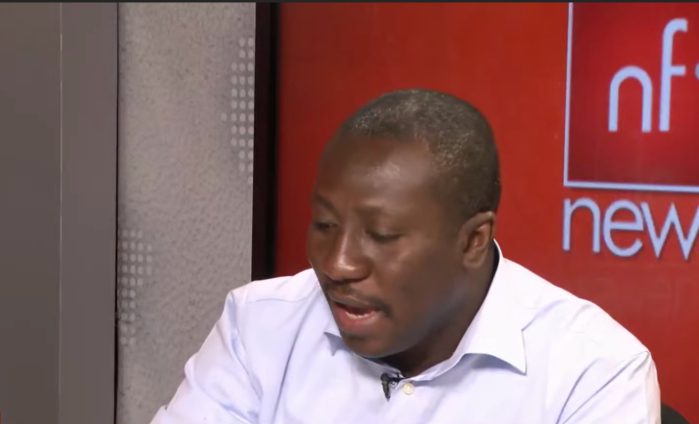 Deputy Majority Leader, Alexander Afenyo-Markin says he fears for his life while undertaking Parliamentary business in the House.

According to the Effutu MP, members of the Minority Caucus have made it a point to attack members from the Majority side any time there are disagreements.

He told Newsfile host Samson Lardy Anyenini on Saturday that this behaviour of the National Democratic Congress (NDC) members does not augur well for the image of Parliament.

“I would urge the public to call individuals out strongly. I am really tired of the verbal abuse; they have been abusing us all the time…insults from the NDC side…That day [Tuesday], the NDC MPs rained insults upon insults on Joe Osei-Owusu, and we were quiet and watching them.

“Sometimes I sit in the Chamber, and I fear for my life because the smallest thing we are debating then you [NDC MPs] threaten someone that I will beat you, I will beat you. Really, you should call them out,” he lamented.

Parliament on Tuesday reversed an earlier rejection of the budget and approved it after the National Democratic Congress (NDC)’s MPs staged a walkout.

Members of the Majority and Minority groups subsequently engaged in dramatic displays that nearly led to fisticuffs on Wednesday as they took entrenched positions to defend their respective interests over the fiscal policy.

Mr Osei-Owusu, while submitting his ruling on reaching a quorum, explained that he counted himself as an MP for the Majority to get the 138 members it needed to approve the 2022 Budget statement on Tuesday.

The Bekwai MP, popularly called Joe Wise, added that Speaker Alban Bagbin is not a Member of Parliament and cannot be a part of a quorum, but he can since he represents a constituency.

Mr Osei-Owusu, therefore, stated that “a Deputy Speaker is not a Speaker.”

Parliament has apologised to Ghanaians for the chaotic scenes that characterised proceedings on Wednesday.

There was near fisticuffs between members of the Majority and Minority Caucuses during deliberations on the constitutionality or otherwise of the approval of the 2022 Budget.

According to the legislature’s Director of Public Affairs, Kate Addo, the Parliamentarians, no matter how divided, are working with the people’s interest at heart.