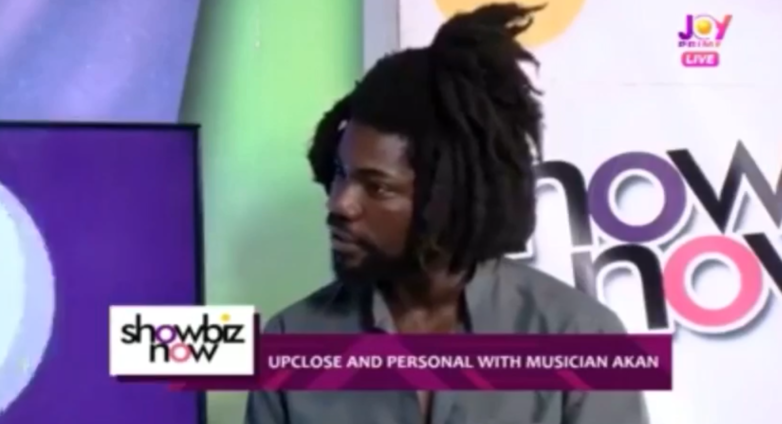 Rapper, Bernard Nana Appiah popularly known in showbiz circles as Pure Akan has in a conversation on Showbiz Now on Joy Prime revealed that his purpose has been achieved as a musician because his music speak to people and that he finds fulfilling.

The “Me Sika Aduro” crooner also told host, Ibrahim Ben-Bako (IB) that he believes that as a musician, his bigger focus is on the impact his songs have on people when they listen to them than the number of people who turn up for his concert.

“I have always wanted to speak to people to encourage them. I meet people and they tell me how much of a positive impact my songs have on them. Someone sent me a message that: I didn’t kill myself because of your music. I’ve met someone who’s told me I changed my life because of your music. That is all I want to do with my music that I can encourage someone, I can teach someone, I can make someone dance off their stress, it’s not about the number of people who come to my concert that also works but when you meet people and they tell you the wonderful works your music is doing in their lives it feels so amazing”.

Pure Akan, who is currently in the studio working on his next album says the album will be ready soon and possibly released early next year.