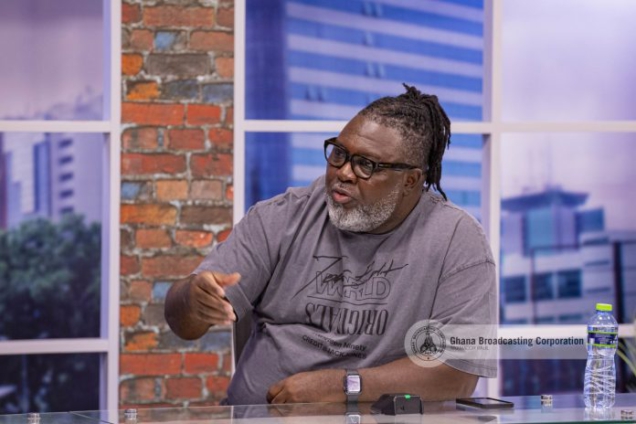 Renowned music producer, Hammer of The Last has revealed he left music production years ago because he was bored with the monotonous nature of the job.

Speaking to Kafui Dei on GTV’s Breakfast Show, he explained that while producing, he was stuck in his studio day in day out, eating late, barely walking outside just to make beats for musicians.

“I was bored, I felt like a prisoner. For fifteen-plus years, I was locked up in a room with no window. The artistes come and go….these boys were out on stage jumping around, when they come back, you are still in that space,” he said.

Hammer added that “I sat down for 8 hours playing, making beats, producing and it got boring at some point. So, I became like an uncaged dog when I got the chance to get out. That’s why you see me on the street.”

The renowned producer blames his weight on the endless hours he spent in the studio rarely getting any exercise just so he could work.

“My name is ‘Slim The Hammer’ I wasn’t fat, I was an athlete in Presec. So, this business of becoming big was the studio,” Hammer said.

Hammer noted that after putting a pause on production, he got into other businesses including partnering with a baker to introduce one of Accra’s popular bread brands and most recently Ekumfi juice.

But, Hammer stated that after seven years he is ready to start producing and making music again.

“I have a small set up at home that my children use, so after the playing around, I want to get the thing back to my fingers. I’m gonna need some help though. It’s been 7 years since I touched equipment.”

DISCLAIMER: The Views, Comments, Opinions, Contributions and Statements made by Readers and Contributors on this platform do not necessarily represent the views or policy of Multimedia Group Limited.
Tags:
Da Hammer
Hammer
music production