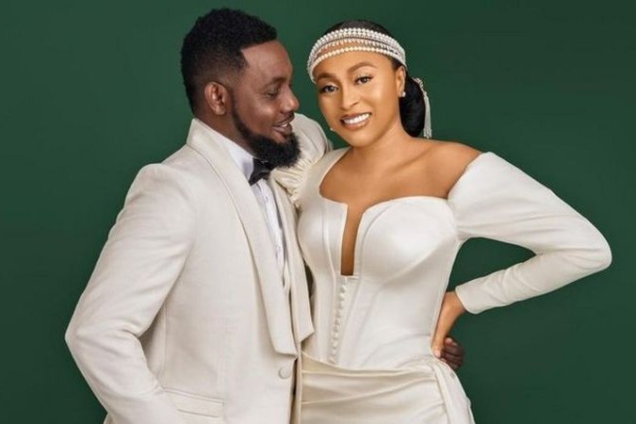 The wife of Comedian AY Makun has opened up on the challenges she went through to welcome her second child, 13 years after she gave birth to her first.

In a post on Instagram, Mabel Makun revealed that she suffered from three miscarriages prior. She added that there were no medical explanations.

“It was the same pattern as before, every single thing that happened with the others, happened again, only this time, more, but I was determined to hold on tight to God and not fail,” Mrs. Makun wrote.

She added that despite falling pregnant again she did not have an easy journey to welcoming her new child. Her post was accompanied by a video which captured some moments from her pregnancy including a sonogram.

Mrs. Makun stated that the journey was not an easy one adding that she was exhausted. She thanked God, friends and family for their goodwill messages and prayers.”

“How I got here today is not something that I can explain but I just know that God was and is still with me and Ayomide, for this we are eternally grateful.”

Richard Ayodeji Makun, popularly known as AY, announced he and his wife welcomed their second child on January 18.

In a post on Instagram, the celebrated actor said he and his wife had been praying and waiting 13 years for this miracle.

He shared videos from the hospital in Atlanta, Georgia, where his wife gave birth.

Excited to meet the new member of his family, AY bought balloons, flowers and a teddy bear for his wife and baby. He thanked his wife for making him a father of two.