I have been battling prostate cancer for a year – KSM 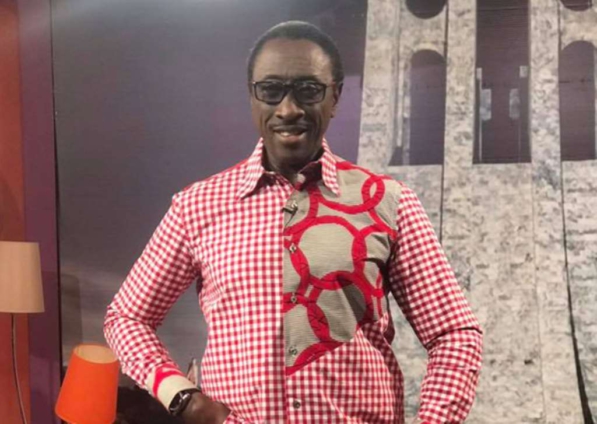 Kwaku Sintim-Misa, the Ghanaian satirist has revealed that he has been battling prostate cancer.

In an exclusive interview on the JoyNews’ AM Show, KSM, as he is popularly known, revealed his health condition.

The satirist said he had to undergo surgery to have some relief.

“I’ve been through a battle with prostate cancer in the last year. I was in the US and I had to go through prostatectomy. That’s a very radical surgery to get rid of your entire prostate”, he said.

Narrating circumstances leading to discovering that he had this condition, KSM who turned 66 two days ago, said he eventually decided to go check his testosterone level after failed attempts to persuade him. He said his friend who had started working at a health institution got him to check it finally and it turned out that his PSA (Prostate Specific Antigen) levels were high.

“It started when a friend of mine told me he was now working with the American Rejuvenation centre, so he wants me to come and do a checkup; to come and check my PSA. I kept stalling. So at one point I said I’ll go, like I’m doing him a favor. And when I did the checkup, the guy said ‘actually your PSA levels are very high. And I’m not comfortable with your PSA level,” he added.

The satirist shared that he knew his PSA levels were very high, but felt strong because he embarks on daily exercises.

“I do at least 5 kilometer walk every morning,” he indicated.

According to the TV personality, he did not experience any symptoms but found out his prostate was cancerous upon further checkups.

“I didn’t have any symptoms. I go for my walk, no tiredness, no loss of appetite, no blood in urine, no painful ejaculation,” he said.

KSM therefore urged black men, especially from age 30 to “do your PSA checks. There’s a difference between being fit and being healthy”, he added.

Noted for his satires, Kwaku Sintim-Misa has been the host of the popular KSM Show on which he entertains and educates the public by throwing light on issues in the country on a lighter note.

The satirist has also been involved in the acting fraternity. He has featured in the popular American crime series Law and Order.

When he staged Thoughts of a Confused Black Man, a hugely successful one-man show that presented riveting issues regarding race in the United States, KSM became the first African to stage an original Off-Broadway play.

DISCLAIMER: The Views, Comments, Opinions, Contributions and Statements made by Readers and Contributors on this platform do not necessarily represent the views or policy of Multimedia Group Limited.
Tags:
KSM
Prostate Cancer