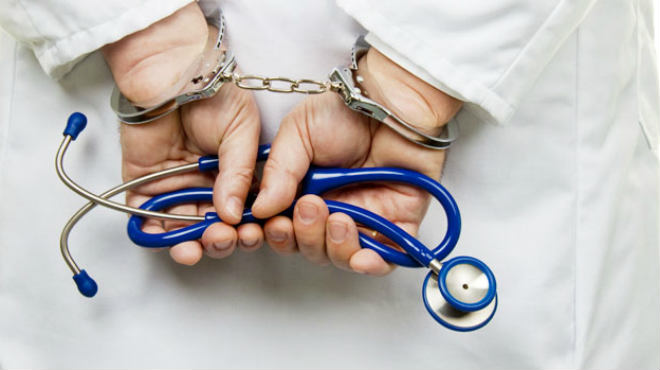 Medical negligence has always been part of the healthcare system in the country, leading to many physical defects for clients and patients and in extreme cases, death.

Today on Joy FM’s Super Morning Show, the focal point of discussion was on the negligence of healthcare practitioners in Ghana.

Some fervent listeners of the show were given the opportunity to share any traumatic experiences they have had at the hands of medical practitioners in the country.

One caller, Daniel said he lost his daughter because the electrical socket used to power the incubator, which was needed in that instance, was faulty.

Narrating his ordeal, he said, “A year ago, My daughter was delivered on the 31st of August, very healthy, 3.2kg. They were supposed to discharge her from the hospital about three days after delivery. Then they noticed her sugar was going up. So the doctors came to check. She was being monitored for some time. Third day, it became serious.

“This clinic or hospital has no neonatal intensive care unit. They put her in an incubator. That wasn’t working. The socket to the incubator had a problem. They had to go and bring a new socket to operate the incubator. The doctor did not want to transfer us to another hospital. He kept saying that the baby does not need to go on transfer. The girl was suffocating. She couldn’t breathe. Finally, she passed away. Later, I heard that a lot more babies are dying in that hospital. One woman has lost three babies in that hospital to the same doctor.”

Other ardent listeners of the show called in to share their experiences, as well as lessons.

Vida, a caller, said that she does not understand why some doctors want to withhold information regarding the health condition of their patients.

“As I was asking the doctor questions, he asked me, do I think this place is the lecture room? That broke me down completely. Some doctors deliberately want to withhold information from their patients or whatever their reasons are, I don’t know,” she said.

Another caller, Akua, who shared similar sentiments as Vida said such situations happen all the time during consultation sessions with some doctors.

“I have been asked several times whether I’m a health worker or a nurse or something. Just because I’m able to present my case at the consulting room,” she said.

Another caller, Josephine, who lost her baby after delivering in June this year, said that she lost her baby because the private facility did not have an incubator for her newborn.

She also advised pregnant women to take notes of the symptoms and signs they experience during their pregnancy.

DISCLAIMER: The Views, Comments, Opinions, Contributions and Statements made by Readers and Contributors on this platform do not necessarily represent the views or policy of Multimedia Group Limited.
Tags:
Ghana
Maternal mortality
Neonatal care