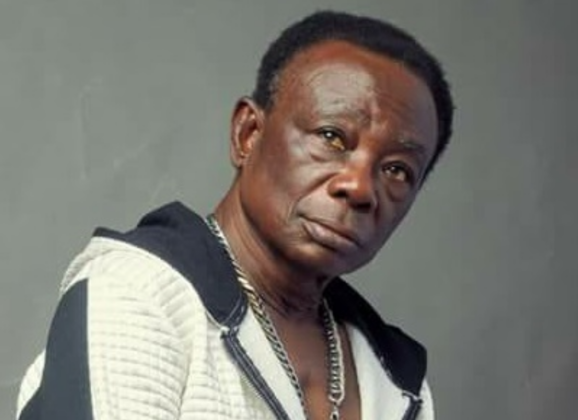 He may have enjoyed all the accolades and attention at the height of his career, but if there is anything that veteran Highlife artiste Obuoba J. A. Adofo has regrets about and cannot forgive himself for, it is bleaching his skin.

According to the man who blessed Ghanaians with great tunes such as Owuo Mpaso, Yaa Boatemaa, Ankwandobi, Kyerema, Odo Pa, Yebede Agoro, City Boys and Mukyea, he was pushed into the act through societal pressure.

“You know at that time, bleaching and having permed, curly hair meant a lot to people who thought they had arrived. As a musician at my peak, I wanted to feel that sense of belonging so I bleached my skin.”

“I thought that that way, people would know that I was a big man, but later I regretted my actions having learnt of the complications of bleaching and the consequences people suffered.

“I even found out that it was difficult for surgeries to be performed on bleached skin. Till date, I feel guilty for doing that and really wish I could change the hands of time,” he told Graphic Showbiz after a group known as Lovers of Highlife Music made a donation to him.

“In my era, before your song was played on the radio or anywhere, it wasn’t supposed to be profane, but it appears now everything and just anything is played on air. Also, I think the media is doing well in the promotion of Highlife but can do better, and I want to challenge them to do more,” he stated.

Obuoba Adofo also had some advice for the young acts, urging them to be united.

“If you are a Gospel, Reggae, Highlife or Hiplife artiste, we are all one and must understand that we have the same goal of blessing people with our talent.

“So we must work closely and support one another and not feel a genre is superior to another. This is my humble request,” he stated.