I sacrificed my life for IGP to get ideas – Shatta Wale 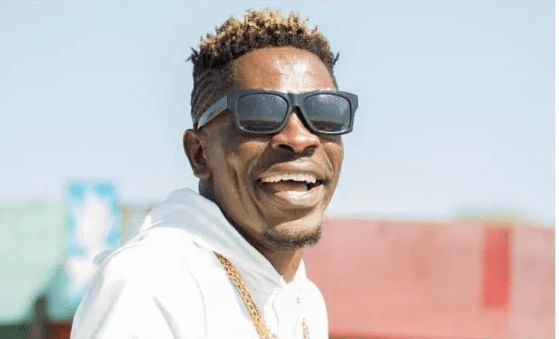 Award-winning dancehall artiste, Shatta Wale, has revealed that the police did nothing wrong in arresting and remanding him after his hoax shooting incident.

In an interview with Joy Entertainment‘s Ibrahim Ben-Bako on Wednesday, the singer claimed that he was instructed by God to make that sacrifice by getting himself arrested for the noble cause.

According to him, circumstances surrounding his shooting prank, and being remanded helped the Inspector General of Police (IGP), Dr George Akuffo Dampare to get the idea of holding a private meeting with stakeholders in the creative industry.

“I think the IGP saw that at least, I’ve also sacrificed my life for him to get some ideas to bring things together like this and solve the problems that we have to solve in this country; we need men like him in the system to solve our problems.”

Shatta Wale stated that while he was in prison custody, he had a vision in which he saw the IGP talking to religious leaders over the issue of prophecy in the country.

The musician indicated that he is not worried about everything that happened because it was meant for good.

“The IGP has never done anything wrong; sending me to jail even made me popular. Whatever happened to me, [including] going into jail and everything, you don’t see that I’m worried about it because I’m so happy.”

The singer, born Charles Nii Armah Mensah, allegedly fabricated a story that he had been shot and receiving treatment at a hospital, which turned out to be a hoax.

The ‘My Level’ hit maker turned himself in on October 19, 2021 after the Police declared him wanted.

He pleaded not guilty to the charge of publishing false news and causing fear and panic when he appeared before court on October 21.

The Shatta Movement boss was remanded into prison custody for one week.

DISCLAIMER: The Views, Comments, Opinions, Contributions and Statements made by Readers and Contributors on this platform do not necessarily represent the views or policy of Multimedia Group Limited.
Tags:
IGP George Akuffo Dampare
Shatta Wale