'I survived a kidnapping but part of me died that day' - MyJoyOnline.com

‘I survived a kidnapping but part of me died that day’ 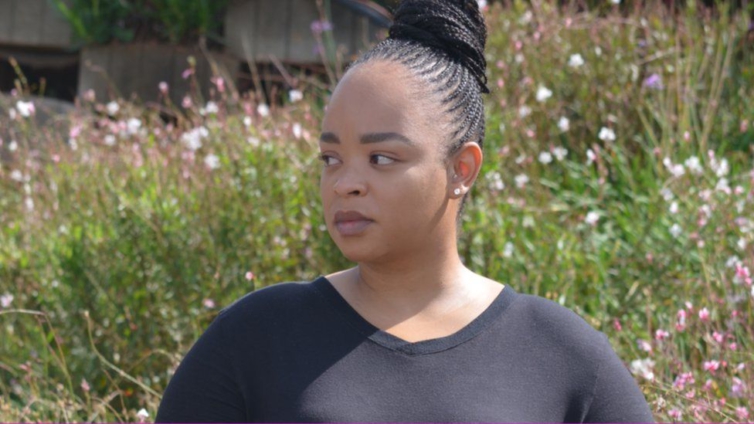 After a surge in the number of abductions in recent years, South Africa has one of the highest rates of kidnapping in the world, as Mpho Lakaje reports from Johannesburg.

Lesego Tau did not panic at first when a stranger opened the back door of her grey Mercedes C-Class and climbed in.

She had parked outside a shopping mall in Johannesburg and was focused on texting a friend before going in to grab a few items for a get-together that evening.

“In my rear view mirror, I was looking and still thinking: ‘This person is going to be so embarrassed when they realise they are in the wrong car’,” she told the BBC, recounting the events of last June.

But this was not an innocent mistake.

“Our gazes locked and I realised what was happening.”

This was a kidnapping.

Six months earlier, businessman Yasin Bhiku was grabbed in the driveway of his home, near Johannesburg, just after returning from the mosque.

CCTV footage that was widely seen on social media shows Mr Bhiku dressed in a blue T-shirt and black trousers calmly chatting to a friend.

Two men can be seen getting out of the car parked opposite. At first they stroll towards him, but then rush at him after Mr Bhiku realises what is going on and tries to flee.

He was overpowered and forced into the vehicle at gunpoint. The businessman was later found unharmed and rescued by the police.

Ms Tau, who runs her own cleaning company in Pretoria, also tried to flee once she had figured out that she was about to be abducted.

She said she tried opening the door of her car, but another man, dressed as a parking attendant in a hi-vis jacket, blocked the door.

The man in the back seat showed that he had a gun and ordered Ms Tau to drive out of the shopping complex.

Along the way, she was told to stop and someone else jumped into her car.

Once in the countryside, about 15km (nine miles) into the terrifying journey, the kidnappers ordered Ms Tau to stop.

A red car then arrived at the scene and someone got out, took her bank cards and forced her to reveal her security codes.

“The other people from the car… started going through all my different cards. They were withdrawing [money].”

At the same time, her captors were repeatedly hitting her on the head with the gun, ordering her to increase her withdrawal limit.

The ordeal went on for over four hours.

At one point she heard someone on the other end of a phone call say: “Just finish her off. We are done.”

She fought her way out of the car, but the kidnappers grabbed her and started hitting and scratching her. She got away and ran across the road into the oncoming traffic.

This story and that of Mr Bhiku are not isolated.

In February, Police Minister Bheki Cele revealed that 2,605 kidnapping cases had been reported to the authorities in the last three months of 2021.

In the decade from 2010, kidnapping more than doubled in South Africa and there are now 10 kidnappings per 100,000 people, according to the South African think-tank the Institute for Security Studies. This is one of the highest rates in the world.

In 2018, Mr Cele promised to make dealing with kidnapping a priority.

Victims have been kept against their will either for a ransom, to have their bank accounts cleaned out or be sexually assaulted.

Some did not make it out alive, though it is not clear how frequent this outcome is.

In an attempt to deal with these kind of crimes, the police launched a kidnapping task team, combining intelligence gathering with tactical response.

One thing that has been established is that kidnappers tend to work in teams and the abductions follow a pattern with each gang member having a set role, police spokesperson Col Athlenda Mathe told the BBC.

“The spotters are those that would follow the target. The pickers are those who move in to kidnap the victim.”

“Then we have the guards that would take over and keep the victim… until a ransom is paid.”

But in the background, there is a mastermind who does thorough research and pulls the strings.

“The kingpin would be someone who lives a high-end life and wouldn’t do the dirty job,” Col Mathe says.

These criminal syndicates have tentacles in countries like neighbouring Mozambique and as far afield as Pakistan.

They tend to mostly target wealthy business people with the means to pay a ransom, but some victims have been from low-income areas and children are not spared.

Private hostage negotiator Gérard Labuschagne says there has been an increase in very high-value cases. Ransoms can be set at up to $3m (£2.3m)

“Organised groups operating in Mozambique and other parts of Africa have now decided, for whatever reason, that South Africa is ripe for this type of crime and they’ve been committing it very successfully,” Mr Labuschagne says.

Some social commentators believe general lawlessness has made South Africa attractive to organised criminals from around the world.

In the face of public anger, the police acknowledge that more work needs to be done but Col Mathe says they have made progress.

“Since the identification of these syndicates, we have arrested 115 suspects, consisting of Pakistanis, Mozambicans as well as South Africans.”

One of the suspects is 43-year-old Faizel Charloos, who was taken into custody in March.

He is believed to be the mastermind behind a spate of recent kidnappings.

During police raids in several Johannesburg properties linked to him, drugs, cash and a high-powered vehicle were recovered.

Mr Charloos recently appeared in court, along with several others, on kidnapping charges. He has made no comment.

It emerged that he has dual citizenship in South Africa and Mozambique.

In a separate case in April, police successfully rescued a four-year-old girl who was snatched at a school in Johannesburg, by a woman pretending to be her childminder.

Her kidnappers had earlier demanded thousands of dollars for her safe return.

But four people were arrested when they arrived outside a shopping centre to collect the ransom.

Despite such breakthroughs, Mr Labuschagne is not convinced the police are winning.

“We have had one or two arrests. But in the overwhelming majority of these cases, the police don’t rescue the kidnapped victims from where they’ve been kept. They are released after a payment.”

The ordeal has damaged her psychologically and left her family distressed.

“My father is not a man who cries, but he got teary. He kept on feeling like he could have protected me.

“There’s still a part of me that actually died on that day.”