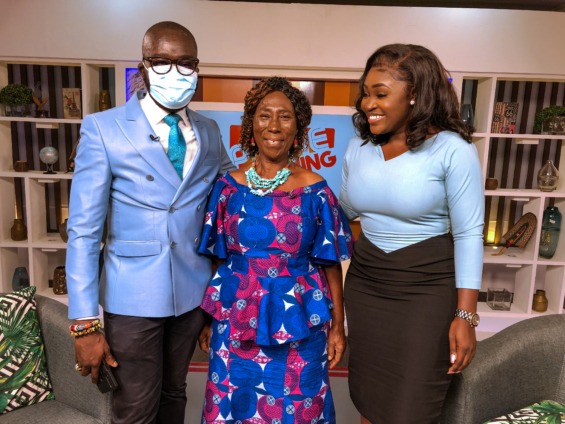 Former Lead singer of Wulomei, a traditional folk percussion group, Naa Amanua Dodoo has revealed that she was the first female singer to join the band established 48 years ago.

“The Group was already established but had no women in the Band. I was then a City Guard at Accra City Council now known as Accra Metropolitan Assembly (AMA). Mr. William Dadzie, an accountant with the Council noticed my interest in music and told me that a music group was in dire need of a female singer,” Naa Dodoo recounted.

Speaking to the host of Prime Morning Show, Emefa Adeti, the songwriter said she received a call from the Founder of Wulomei, Nii Tei Ashitey asking if she was interested in joining the band.

She recounted how happy her audience was during the auditioning process for a role in the band. According to Madam Amanua Dodoo, she was also excited for the reception she received as well as the opportunity to take her interest in singing a notch higher.

“We scheduled a meeting with members of the group at Mamprobi. Upon our arrival, they auditioned me and I rehearsed with them as well. I was happy to join the group on conditions that they will not bother me and that is how I became part of Wulomei, making me the first woman to join them,“ she said on Joy Prime.

Madam Amanua Dodoo is from a family of musicians. The father was a guitarist and the mother, a prolific dancer and singer. She believes her interest and love for music were developed during her tender age living with her parents.

After five years with the Wulomei Band, Naa Amanua left the Group to join the Suku Troupe.

The Suku Troupe afforded Naa Amanua the opportunity to give the world a little more than just music.

They were a force to reckon with in the theatre and dance arenas too.

In 1978, they toured several African countries including Benin, Togo, Liberia as well as Kenya, where they performed for the then President, Jomo Kenyatta.

After a decade with Suku Troupe, Naa Amanua again left to form her own group in 1988 and released ‘Mi yen Maya‘ in 1989.

Madam Amanua says she is still active as a solo singer and performs at events and special occasions.

She was the recipient of the 2018 Vodafone Ghana Music Awards Lifetime Achievement Honours.