I will fail my ministry if I fail to be the best mum – Adwoa Safo - MyJoyOnline.com 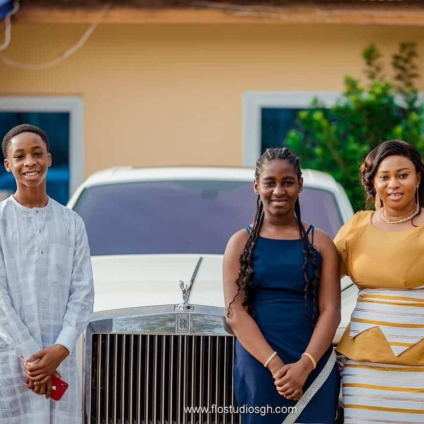 The Member of Parliament for Dome Kwabenya, Sarah Adwoa Safo has likened her motherhood role to her job as the Gender, Children, and Social Protection Minister of the country.

According to her, she will fail as a Minister of State should she ignore her role as a mother.

In an exclusive interview on JoyNews’ The Pulse, on Thursday, Madam Safo explained that she has been away for family challenges beyond her control.

“I am staying focused and doing what I have to do as a mother. I want to be the best mum.

While admitting that she has been absent for a very long time, the legislator insisted that she will resume her duties as an MP and a Minister when her son is fit and healthy.

“As you know, my son is unwell and has to transition to school, so I have to ensure that all that is settled before I can resume my duties, and that is exactly what I am doing,” she stated.

Earlier this year, the lawmaker came under fire for neglecting her Parliamentary duties amid speculations that she has vowed not to return until given a leadership role in the House.

Madam Safo was last seen in Parliament in December 2021 when she appeared in the House to dismiss claims by the Minority Caucus that she was impersonated.

The governing New Patriotic Party (NPP) leadership has admitted that the Dome-Kwabenya MP’s absence affects the party and government business.