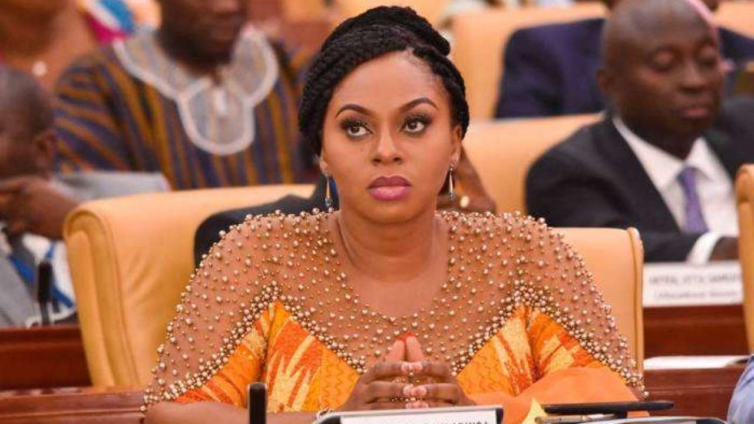 Member of Parliament for Tamale Central, Alhassan Suhuyini, has a theory about the rationale behind Dome-Kwabenya legislator, Sarah Adwoa Safo’s recent return to Ghana.

Madam Adwoa Safo has been absent from the House for a long time for which reason there are moves to get her seat declared vacant.

The MP was publicly seen on Sunday worshipping at a church in Accra.

Mr Suhuyini suspects the MP’s presence in Ghana is part of a chain of sequences geared towards preventing the passing of the vote of censure motion against the Finance Minister, Ken Ofori-Atta.

“You know there is an important vote coming up?” Suhuyini said on Accra-based TV3 on Tuesday.

“The Finance Minister’s vote of censure, she has shown up. When did she last show up last minute? On the budget.”

The Minority will on Thursday, November 10 be expected to move its vote against Mr Ofori-Atta.

The Caucus cited mismanagement of the economy, alleged withdrawals from the Consolidated Fund, and illegal payment of oil revenues into offshore accounts among others as the grounds for the exercise.

This, Alhassan Suhuyini believes, is the motive for Adwoa Safo’s decision to come back to GHhana at this crucial period.

“For me, it is curious that an important vote is coming up…and the president has found a way and remember the president wants to save the Finance Minister at all costs, Adwoa is back,” he added.

Meanwhile, the Majority in Parliament says it is considering dragging the Speaker of Parliament, Alban Bagbin, to the Supreme Court over his ruling on the Dome-Kwabenya MP.

“If we lend ourselves by what I consider to be a very capricious ruling, then the Supreme Court would be the final arbiter,” he told JoyNews.

Alban Bagbin ruled that the entire House must debate the Privileges Committee’s report on whether or not the Dome-Kwabenya MP should lose her seat for absenting herself for more than 15 sittings.

Her continuous absence from Parliament divided the House with the Majority interestingly taking the view that the Privileges Committee report should be final.

DISCLAIMER: The Views, Comments, Opinions, Contributions and Statements made by Readers and Contributors on this platform do not necessarily represent the views or policy of Multimedia Group Limited.
Tags:
Alhassan Suhuyini
Ken Ofori-Atta
Sarah Adwoa Safo
Vote of Censure