I would have flown from anywhere in the world to support KiDi and Kuami Eugene’s concert at O2 Indigo – Sarkodie - MyJoyOnline.com 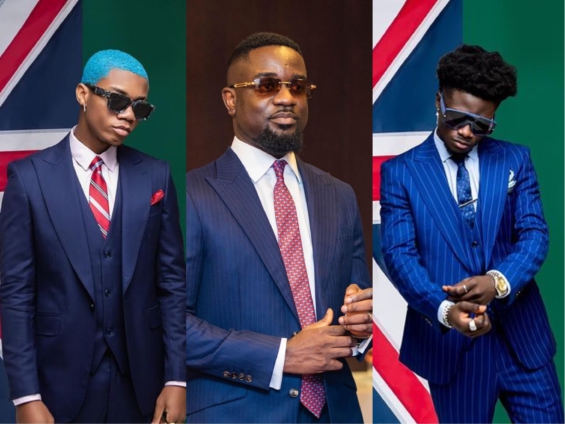 Multi award-winning rapper, Sarkodie, says, he wouldn’t have missed KiDi and Kuami Eugene’s “Live in Concert” event at the O2 Indigo, London, for anything in the world.

In an exclusive interview with the co-host of the event, Doreen Avio, Sark revealed that no matter where he was in the world, he would have flown to the venue to watch and support the young singers perform.

“I am extremely proud as a Ghanaian that KiDi and Kuami Eugene’s concert happened in London. Obviously, no matter where I was in the world… even if I was in Ghana, I would have flown to come and support them,” he averred.

“King Sark”, affectionately called by his fans, lauded the Lynx entertainment signees, KiDi and Kuami Eugene for a successful show on the day of Ghana’s independence.

Sarkodie also affirmed that, the two artistes could stage a concert anywhere in U.K and America and still have a sold-out event.

“You guys have been superstars. You don’t need this to certify it. You guys are going to be selling out the biggest arenas out here in London and America. Trust me,” he told Doreen Avio.

According to him, his support for other musicians is fueled by positive energy, and that it needs to be exhibited by many industry players.

Furthermore, the rapper revealed that, it had always been in his prayer to see not less than five or six Ghanaian artists hold concerts in other parts of the world on regular basis.

He also advocated that, his fellow artistes would cultivate the habit of being daring to reach out to the rest of the world with their music by getting closer to the outside market through concerts.

Pertaining to that, on March 4, the “Overdose” rapper, in a tweet, announced his intention to stage a virtual concert in a desert later this year to mark the 10th anniversary of his controversial single, “Illuminati”, and also accentuate his longevity in the Ghanaian music space.

The announcement has by far gathered some anticipation on social media. However, full details of the prospective event is yet to be unveiled.

KiDi and Kuami’s Eugene’s “Live in Concert” at the O2 Indigo, London, was organized by Lynx Entertainment with partners, SMADE Events and Akwaaba UK to mark Ghana’s 65th year of independence.