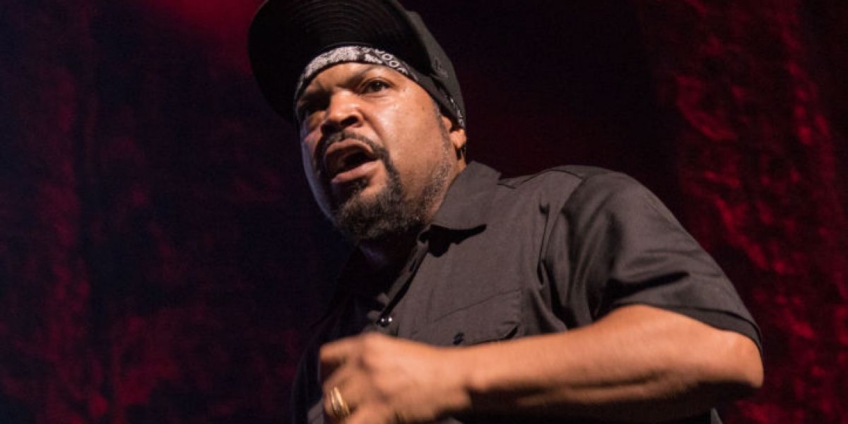 Ice Cube continues to defend working with Trump yesterday (October 25) in an appearance on Fox News. Ice Cube told Chris Wallace, “We make up 13 percent of the country, and we’re only getting .5 percent of the wealth in the country.

“They listened, heard what I had to say, pumped up their plan and presented it to the people.”

It’s not clear how Trump’s Platinum Plan, which  is only two pages, was “pumped  up.”

The 51-year-old rapper, who was named “Power Player of the Week” by Fox,  also said,  “I’ve told everybody that I’m not playing politics with this. I’m willing to meet with anybody who could bring this to life and make it a reality.”

Watch the clip below:

Ice Cube maintains he hasn’t endorsed anyone in the presidential race. According to Politico, he flew to Washington, D.C. and had a private meeting with Trump advisors, including Jared Kushner on Sept. 14.

Cube also claimed that when he spoke to the Biden campaign about his plan they wanted to talk more after the election. However, political commentator Bakari Sellers said the rapper was invited to a meeting with Sen. Kamala Harris but he did not attend.

The Joe Biden campaign has a 35-page Black agenda, which focuses on investments in Black entrepreneurs, reducing the African American maternal mortality rate, HBCUs, police reform and much more.

DISCLAIMER: The Views, Comments, Opinions, Contributions and Statements made by Readers and Contributors on this platform do not necessarily represent the views or policy of Multimedia Group Limited.
Tags:
Biden
Ice Cube
Trump
US elections 2020