If chiefs want to engage in politics, they can abdicate their throne - Kweku Baako - MyJoyOnline.com

If chiefs want to engage in politics, they can abdicate their throne – Kweku Baako 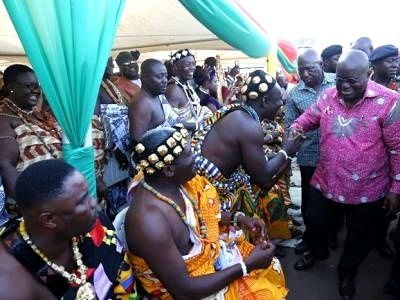 Editor-in-Chief of the New Crusading Guide newspaper, Abdul Malik Kweku Baako has said that chiefs have the option to give up their position if they want to enter into politics.

He explained that since the constitution bars them from being political agents, this move makes them free to be aligned to a political party.

Speaking on Joy News’ Newsfile, Mr Baako argued that chiefs shouldn’t be giving the chance to meddle in partisan politics at all, further describing it as a ‘zero option’.

His comments come after a number of chiefs were reported to have openly endorsed political parties in their towns.

The veteran journalist cited former President Dr Hilla Limann as one who renounced his royalty in the Gwollu Traditional Area to take up full-fledged politics.

He noted that chiefs take part in politics to the point of voting secretly during elections, however, “they don’t campaign”.

“They can’t even deliver what they are promising the politicians that “My people will vote for you”. How do you know your people will vote when they go to the ballot station. It is a mission impossible, you cannot guarantee hundred percent of the turnout voting for the candidate you want,” he explained, Saturday.

He joins a growing number of people who have condemned the active participation of traditional rulers in partisan politics.

While some refer to the law as their basis, others say it will dent their moral reputation of being arbitrary.

Asantehene, Otumfuo Osei Tutu II has called on traditional leaders to uphold the chieftaincy institution by staying neutral in all partisan affairs.

This sparked a debate on whether or not chiefs should be actively political.