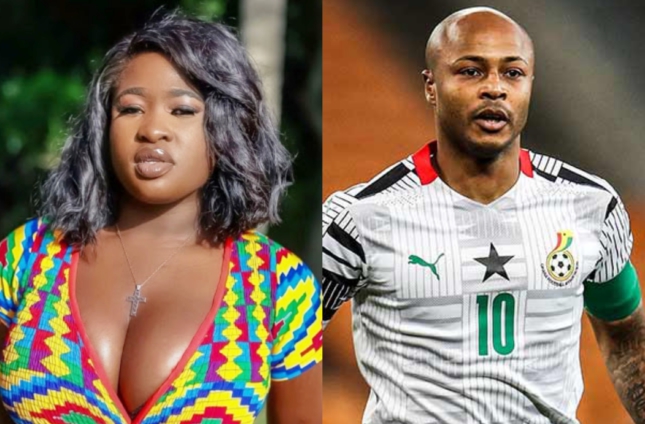 In a tweet ahead of the match, she disclosed her desire for the Stars to trounce their Portuguese opponents by three goals to nil.

According to the singer, if her wishes come to pass, she will swim naked in a pool.

“If Ghana score 3-0 against Portugal, on Thursday I will go NAKED and drop my self in a pool ON LIVE 😂😂😂 so God help me 🙏🙏🙏”, she tweeted on Tuesday.

If Ghana score 3-0 against Portugal, on Thursday I will go NAKED and drop my self in a pool ON LIVE 😂😂😂 so God help me 🙏🙏🙏

The comments by the celebrity, adds to the expectations of many Ghanaian fans ahead of the team’s first game against Portugal at this year’s FIFA World Cup.

At exactly 4:00pm tomorrow in Ghana, the Stars will lock horns with Cristiano Ronaldo’s men, in a fixture which many pundits have described as difficult for the Black Stars.

This is because, the team is currently the lowest ranked side in this year’s tournament, as against Portugal who are ranked number nine, with a host of top-flight players.

But despite the disparity, head coach of the team, Otto Addo believes his side has what it takes to give a good account of themselves in tomorrow’s game at Stadium 974 (Rass Abou Aboud).

Meanwhile, Vice President, Dr Bawumia has urged the Stars to give off their best.

In a goodwill video which has gone viral, he charged the team to believe in themselves as they face their opponents.

In a related development, former President, John Mahama, has also urged the senior national team to give off their best in the tournament in Qatar.

Ahead of the competition, the former head of state took to his Facebook wall to inject a dose of encouragement into the Black Stars.

In his motivational Facebook post on last week Thursday, Mahama noted that since time immemorial, the Black Stars have given a good account of themselves on the global scene.

According to him, the team’s ‘unique brand of football’ has always amazed the world, hence his belief in the chances of the team ahead of the mundial in Qatar.

Touting the achievements of the Stars in recent times, he called on Ghanaians to rally behind the team, as they face the world a week away from today.

DISCLAIMER: The Views, Comments, Opinions, Contributions and Statements made by Readers and Contributors on this platform do not necessarily represent the views or policy of Multimedia Group Limited.
Tags:
2022 World Cup
Black Stars
Portugal
Qatar 2022
Sista Afia