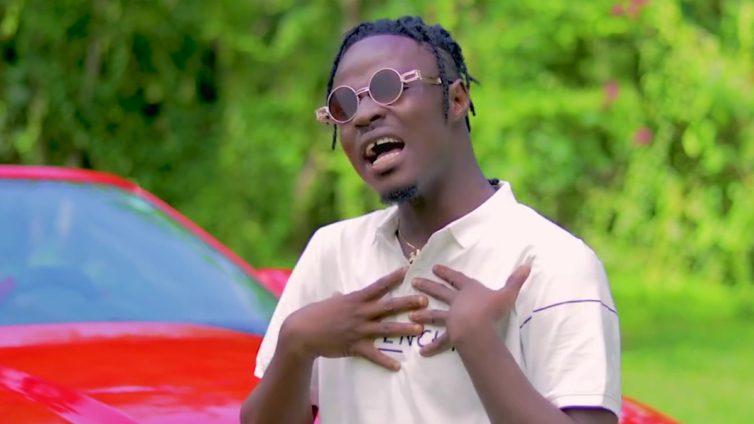 Who makes it onto your list of top 10 Ghanaian artistes? Do you have Fancy Gadam in there? No? You might want to rethink and rewrite your list because Fancy Gadam says he has to be on there.

The artiste made the claim while speaking with Joy Entertainment’s KMJ on Showbiz Now on Joy Prime. According to him, he is an A-list artiste, whether Ghanaians like it or not.

Born Mujahid Ahmed Bello, the Afropop/Dancehall artiste who hails from Tamale took the music industry by storm a few years ago. His influence and position however did not seem to matter until Accra witnessed his successful concert at the National Theatre in 2016.

The hardworking musician proved his worth by releasing great songs that registered its lyrics on the lips of many across the nation.

One such song, Total Cheat, won him the Most Popular Song of the Year award at the VGMA in 2018. A determined Fancy Gadam replicated the success of his Gadam Nation Concert in subsequent years, the latest of which was held at the Bukom Arena on December 25, 2021.

These achievements likely propel Fancy’s genuine belief that he is an A-list artiste.

“Fancy Gadam is also an A-list artiste, whether you like it or not,” he revealed.

Expatiating on his claim, the singer said that “at the end of the day, I do what most A-list artistes cannot do. I am able to fill up Tamale Sports Stadium, and fill up big arenas in Accra.”

Fancy Gadam’s assertions also reveal his belief in the popular perception that citizens from Northern Ghana are mostly sidelined in various ways.

His hard work, coupled with the success of many other Northerners who have achieved great feats in and for Ghana, including singer Wiyaala, are proof that it has become imperative for us all to wake up from slumber and give credit to who deserves it, trashing out all archaic tribal remarks and beliefs.

‘E Go Over You’ and ‘Nobody’ are two of Fancy Gadam’s latest works streaming on various music platforms. Again, Walewale is expected to welcome his concert in February 2022.

DISCLAIMER: The Views, Comments, Opinions, Contributions and Statements made by Readers and Contributors on this platform do not necessarily represent the views or policy of Multimedia Group Limited.
Tags:
Fancy Gadam