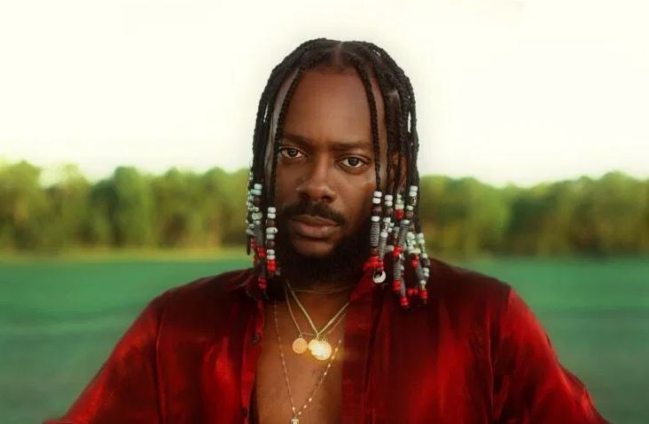 Nigerian singer and songwriter Adekunle Gold says he beginning to master the art of fatherhood, after he and his spouse, Simi welcomed their first child a few months ago.

Speaking exclusively on JoyNews Prime with Becky, the musician shared his joy as a father as he learns takes on this new role.

“I am getting used to it. I am loving every moment carrying my baby knowing that I have a responsibility in my hands, to raise an amazing woman that will not take any rubbish from the society,” he said.

Adekunle Gold, who released his highly-anticipated 3rd studio album recently dubbed Afro-Pop Volume 1 described the album as is ‘my freedom’ as it cuts across several genres of music such as R&B, pop, dancehall among others.

“This album is my freedom. That God I have foresight. If I did not release this project, people would put me in a box where they thought I could make only one certain sound. But I have proven to myself that I can do any kind of song that I put my mind too,” he revealed.

Adekunle Gold’s ‘Afro-Pop Volume 1’ has received a lot of good reviews from notable industry players including Don Jazzy who described it as “a technical album with a sweet sound”.

DISCLAIMER: The Views, Comments, Opinions, Contributions and Statements made by Readers and Contributors on this platform do not necessarily represent the views or policy of Multimedia Group Limited.
Tags:
Adekunle Gold
Fatherhood