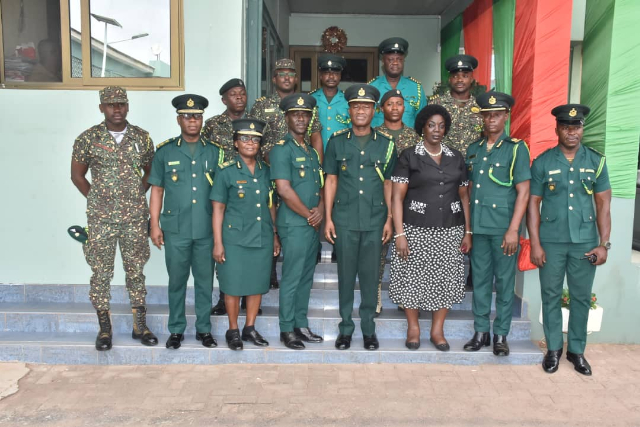 The Ghana Immigration Service (GIS) has promoted 10 junior officers for their roles in preventing the smuggling of petroleum products from Akanu to Togo.

They also stopped the smuggling of fertilizers meant for government’s flagship Planting for Food and Jobs programme.

Smuggling and extortion are two of the most recurrent problems discovered when Joy News put the spotlight on the state of Ghana’s borders last year.

Decorating the officials, six of whom rejected a bribe of ¢25,000 Comptroller General of Immigration, Kwame Assuah Takyi, said this is an initiative to deal with corruption within the service and motivate immigration officers to better safeguard the country’s points of entry.

On July 8, 2019, four officers stationed at the Akanu Sector Command, intercepted about 150 jerry cans of diesel smuggled into the country from the Republic of Togo.

Also on August 1, 2019, another six officers on patrols turned down a ¢25,000 bribe and arrested two trucks loaded with bags of smuggled fertilisers.

The fertilisers were meant for government’s Planting for Food and Jobs social intervention initiative in the Upper West region.

A total of 1,950 bags were retrieved from the trucks, which were being smuggled to neighbouring Burkina Faso through the Fielmo unapproved route in the Sissala West District.

The officers were presented with certificates, undisclosed amounts of money and plaques to celebrate them for their excellent service to the nation.

Mr Asuah Takyi said the officers needed to be motivated for their excellent work.