Incest, a scar on a mother’s conscience 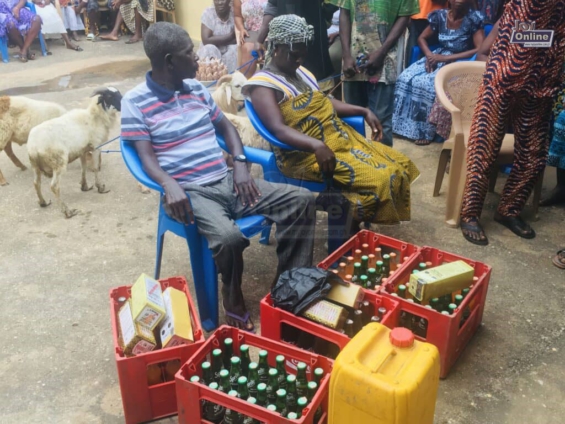 Incest is one of the cruelest forms of sexual abuse meted out to young girls by their fathers either biological or adopted.

Yet due to culture and traditional norms which regards such despicable act as a taboo, perpetrators are often left off the hook and victims live with the emotional scar and trauma for years unending.

Many young girls have become victims of incest. In many of the cases the poor victims are young girls who have no idea of what sex even means but they are lured by their father into it. For some of them, it appears like a transactional sex as their fathers perpetrate the act in exchange of something.

Often, victims have disclosed that their fathers threatened not to take care of them or provide for their needs if they do not agree to the act.

Apart from the victims who live with the pain and emotions of incest, some mothers also live with the scar on their conscience, the inability to protect their children from such devastating acts through their inactions is another thing.

Such is the story of Ashie (not her real name) a 28 year old who is cohabiting with a 29 year old mason at Nyamekrom, a suburb of Koforidua. She had chanced on her partner having sex with her 13 year old daughter who is his stepdaughter, painfully she has kept quiet just for peace to prevail.

“I have not taken any action because I live in his room, he feeds me, and my daughter too. If I report him and he is arrested, where will I go? It is a scar on my conscience,” Ashie said sadly in an interview with GNA.

Ashie was a victim of sexual violence, which led to her pregnancy at 15 when she was hawking at a lorry station. Even though they are not married, this man provides shelter, food and clothing for her and her daughter. For her, ignoring the act was a matter of survival.

Between January and June this year, the Ghana News Agency reported not less than 15 incest cases where fathers have been nabbed by the Police or being hunted for. Often, the incest cases involve fathers and their daughters who are at the teen ages.

Only few incest cases are recorded between young men sleeping with their mothers, aunties, or mothers-in-law. Unfortunately, mothers refuse to report their husbands or fiancés who indulge in this act and experts say the reported cases are less than one percent of the situation on the ground.

In another instance, a court of jurisdiction sentenced a 31-year-old civil servant to 20 years, imprisonment for incest and defilement. He had been sleeping with his daughter since age 14, he had cited spiritual direction and protection to coerce his daughter to give in to his request. After a long while she gathered the courage and confided in her school chaplain when she gained admission to a secondary school.

The act went on unabated until one day when her father physically assaulted her for not giving in to his demand. Neighbours reported the assault and that was when she spilled the beans. The father was jailed but the victim feels guilty for what has befallen her father and is very bitter about her grandmother.

“My father put behind bars is a huge burden on me. People think I have brought shame to the family, but I am so disappointed and feel bitter that nobody helped me including the school chaplain I confided in and my own grandmother,” she said

There is another case of a teacher who noticed a change in one of the brilliant girls in his class. Her self-confidence and performance started dropping, and after engaging the girl she confided in him that her father was sleeping with her anytime her mother travelled. He only sympathized with her because incest was too big a deal by the Ghanaian traditional setting for a stranger to start a criminal process.

Recently, the Police arrested a 60-year-old man for sexually molesting his three daughters for the past 15 years at Assin Andoe, a community in the Central Region of Ghana. The incest father impregnated all three daughters who are now 32, 27 and 20 years.

Fiancé, the eldest victim suspected the act and after confrontation, the victim reported to the traditional authorities because, it was a taboo, and he was fined by the traditional council and handed to the Police.

A 2019 publication titled, “The Law on Incest in Ghana” observed that amongst the eight main ethnic groups in Ghana, namely the Akans, Ga-Dangme, Ewe, Guan, Gurma, Mole-Dagbon, Grusi and Mande, incest is an act highly eschewed and not a matter worthy of being discussed. It’s considered a taboo with a high degree.

Dr John Boakye, an educationist and a professional Counsellor speaking in an interview disclosed that incest was on the rise and at an alarming rate, adding, “As a family and marriage counsellor, I come across incest almost every week and I think that as a nation we must pay attention to this phenomenon.”

“Pressing criminal charges against their husbands for sleeping with their daughters or step-daughters is very difficult for women I have come across who are in a dilemma. It appears in the quest to protect their marriages and family names, women for that matter wives, are sacrificing their daughter’s wellbeing and it is very sad,” he said.

Studies have shown that mothers who gather the courage to report their husbands or partners for incest, are those who have “separated from the men and have a grudge against them, therefore, have nothing to lose.”

To address this abuse against girls by their fathers is to break the culture ceiling where women tend to carry the burden of a failed marriage and would do all it takes to keep the marriage. We must also empower such women to be self-reliant, so, they do not choose the option to keep quiet but the reverse of it.”

“If you save your innocent daughter at the peril of your marriage, you become a good model of our fight against crime and abuse visited on females. We must all accept the challenge to fight this inhuman act,” he added.

Mrs Joyce Larnyoh, Country Director of the International Child Development Program {ICDP}, a non-governmental organization working in the interest of women and children disclosed that matters of incest were difficult to deal with citing an instance where her organization wanted to intervene but were prevented by the mother and family of the victim claiming it would bring the family’s name into disrepute.

“Unlike other cases of gender-based sexual abuse, the case of incest involves a direct blood relation, which is often the father or a stepfather and usually the victims are a bit older to be able to resist and then again our cultural settings make it difficult for an outsider to take such matters up and it’s unfortunate.”

We are, therefore, focused on education and sensitization of women and children as well as community and opinion leaders in our operating communities on how to prevent occurrence of such happenings such as defilement and other gender-based violence alongside economic activities to empower women to stand up for their children even in matters of incest,” she added.

A source at the Domestic Violence and Victim Support Unit (DOVVSU) of the Ghana Police in the Eastern Region told GNA that averagely, about 12 cases of incest had been reported between 2020 and 2022 and where the perpetrators have been found, they were taken through the legal processes according to the law and most of them have been jailed.

The source also added that the reported cases often involved a father sleeping with his daughter or stepfather and mothers who usually report are no longer in relationship with the perpetrators.

“We are sure that the reported cases are just a tip of the iceberg because sometimes, those who even report make it difficult for the prosecution process. After reporting family pressures begin to mount on them so they try to abandon the case.”

DISCLAIMER: The Views, Comments, Opinions, Contributions and Statements made by Readers and Contributors on this platform do not necessarily represent the views or policy of Multimedia Group Limited.
Tags:
Incest