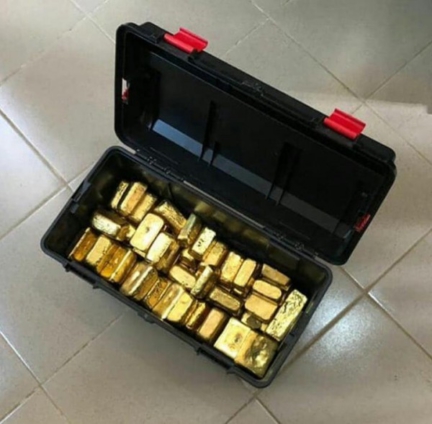 Industry players are mounting pressure on government to demonstrate its commitment to dealing with illegal smuggling which is costing the country billions in terms of revenues.

This follows the publication of JoyNews’ investigation, Busted: The Gold Smugglers that uncovered how security operatives and politically connected individuals, among others, have been aiding a gold smuggling syndicate to illegally export the mineral through the country’s air and seaports,

Reacting to the revelation on Joy FM’s Super Morning Show Monday, the former Chief Executive of the Minerals Commission, Tony Aubynn said the lingering problem must be curbed with an immediate effect.

In his view, government must ensure that the security agencies take up the matter and query all operatives involved in the saga.

“I think this leakage is the major financial challenge to the country and I believe that government must be interested given the essence of loss of revenue to the State.

“You can trace the movement of the metal from the mine sites just as we have programmed in the diamond area. In fact, when you go to any country, when a diamond from here is sent there, you can trace that the diamond was from Ghana. And that is something government must be looking at,” he stated.

He continued, “If it were some small amount that leaks out we may not need to spend money to do that [the tracing] but the amount involved in the loss is gargantuan, as such, government and security agencies must be interested.”

On his part, the Co-chair of the Ghana Extractive Industry Transparency Initiative, Steve Manteaw warned that the activities of the smugglers could have dire security implications for Ghana.

“These activities could turn insecurity risk for Ghana. For me, it is dangerous because you will then have a situation where Boko Haram or any terrorist group can just come into this country, set up a base, produce gold, and send it through unapproved routes. They will make money to finance their terrorist activity.

“So our state security agencies should be concerned,” he emphasised.

DISCLAIMER: The Views, Comments, Opinions, Contributions and Statements made by Readers and Contributors on this platform do not necessarily represent the views or policy of Multimedia Group Limited.
Tags:
Gold Smugglers
JoyNews investigation
Steve Manteaw
Tony Aubynn