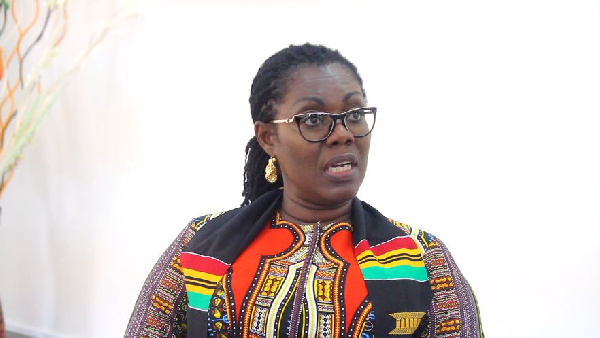 The Minority Group in Parliament has urged President Akufo-Addo to instruct the Minister for Communications and Digitalisation, Ursula Owusu Ekuful to extend the deadline for the SIM card re-registration exercise.

The call comes three days to the deadline of July 31.

Addressing the press in Parliament on Thursday, Deputy Ranking Member on the Communications Committee, Sam George explained that the deadline slated for July 31 “holds potential national security implications for millions of Ghanaians who have not been able to register, due to no fault of theirs.”

“We urge the President and the National Security Minister to take cognizance of the fact that millions of Ghanaians earn a living by use of their SIM cards on a daily basis,” he added.

According to the group, they resorted to calling on the President because engagements with the Communication Minister did not produce the desired outcome.

According to Mr. George, although their calls have not been heard, “we would resist, using all lawful methods at our disposal, any attempt to deprive our citizens and constituents the use of their SIM cards from the 1st of August because of this malicious, ill-intended, capricious, obnoxious, atrocious and whimsical directive of the Minister of Communications and Digitalization.”

The Group further entreated the National Communications Authority to show their competence and technical abilities by notifying the sector minister of the impropriety of her actions.

The Ningo-Prampram MP went on to assure the telecom companies that the Minority will “continue to use all means available to us and Parliament to ensure that their operations are not affected by poor policy decisions taken by persons at the helm of affairs today.”

“We wish to assure the telecom companies operating in our jurisdiction that as a minority, we are concerned about their well-being and operations for anything that affects their operations affects their workers who are constituents,” he added.

Meanwhile, Telecommunication giant, MTN Ghana has initiated a strategy to re-register millions of its customers as the SIM registration exercise draws to a close at the end of July 2022.

This strategy according to MTN is to reduce the long queues at some of the service centers of the company as registration ends this week.