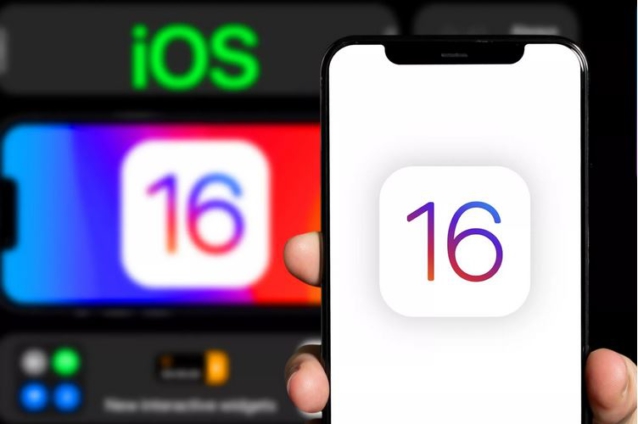 You’ll be able to download iOS 16 onto your iPhone on September 12.

iOS 16, the next version of Apple’s iPhone software, becomes available for download today (September 12). And if you’ve been following along since Apple first previewed the update at its developer conference in June through the subsequent public beta release, you’ll know exactly what to expect.

But what if you don’t? No worries — we’ve got a rundown of iOS 16’s top features and how to use them, along with profiles of the biggest changes coming to your iPhone. Our iOS 16 public beta hands-on also gives you a sneak preview of how iOS 16 should perform on your iPhone.

If you want to brush up on iOS 16 ahead of today’s launch, read on for links to all of our coverage. And stay tuned for updates throughout the day on how to download iOS 16 to your mobile device.

iOS 16 release: When is it coming?

All Apple has said is to expect iOS 16’s release some time today, an announcement that came amid last week’s September event, where the iPhone 14 made its debut. Three iPhone 14 models, which ship with iOS 16, hit stores Friday (Sept. 16), so Apple is eager to get iOS 16 out to existing iPhones ahead of that release.

There’s no set time for an iOS release, but if the past is an indication, we’d expect the iOS 16 update to become available around 1 p.m. ET / 10 a.m. PT / 6 p.m. BST, give or take an hour. That’s when we’ve seen major software updates from Apple in the past, though the company could always surprise us with a different time.

When the iOS 16 release is available, just tap on the Settings app and head to General. Select Software Update and iOS 16 should be waiting there for you to download.

iOS 16 compatibility: What iPhone do you need?

If you’re familiar with the iOS 16 public beta, nothing’s changing with the full release of iOS 16. But just as a reminder, you’ll need an iPhone 8 or later, so that’s any handset released since the fall of 2017. That means any iPhone 6s or iPhone 7 models that were capable of running iOS 15 can’t update to the new version; the original iPhone SE is left out of the mix, too, though the 2020 and 2022 releases can update without a problem.

Note that some features of iOS 16 require an iPhone with an A11 Bionic chip or later to support some features like Live Text and Visual Look Up. (That’s unchanged from iOS 15.) If you’ve got an iPhone XR or later, you’ll be fine.

So you’ve installed iOS 16. What features should you try out first? Here’s a look at our profiles of all the major changes coming to the software update based on our time with the iOS 16 public beta.

iOS 16 lock screen: The changes to the iOS 16 lock screen are probably the most prominent with this software update, as you can now customize your iPhone’s lock screen with different fonts and colors. An even bigger change is the ability to place widgets on the lock screen, which will come in especially handy if you have an iPhone 14 Pro, thanks to that device’s new always-on display.

Here’s how to customize your iPhone lock screen in iOS 16.

iOS 16 Messages: Messages adds the ability to mark texts as unread, which can come in handy if you want to review them later when you have more time. You can launch SharePlay through Messages as well, allowing you to collaborate with other users in apps like Files, Keynote and Notes.

But the biggest change in iOS 16 Messages involves new editing tools. Specifically, you’ll be able to edit text messages after you send them and unsend text messages if you’ve replied to the wrong text message. Editing and unsending features are available only for a limited window after you’ve sent your text.

iOS 16 Mail: Messages isn’t the only apps to gain the ability to take back what you’ve mistakenly sent; iOS 16 Mail now has that feature, too. In addition to the ability to unsend emails in iOS 16 Mail, you can also schedule an email to be sent later, matching Gmail’s capabilities.

The other big change in iOS 16 is passkeys, a replacement for passwords that’s going to require third-party apps and websites to embrace. But we spoke to Apple about how passkeys improve upon the password experience.

iOS 16 Maps: More detailed city maps are coming to more places in iOS 16 Maps, and you’ll also be able to find the cost of trips when you plot out routes using the navigation software’s public transit option. Even better, the new Maps lets you top off the balance on any transit cards you’ve stored in the Wallet app.

But the biggest addition to Maps is the ability to plot out multi-stop routes when you’re driving. In fact, you can add up to 15 stops on any one trip.

iOS 16 News: The big addition to the News app is a feature called My Sports, that lets you select favorite teams across a variety of sports. That creates a special section within News that features those teams, showcasing scores, articles and video highlights.

iOS 16 Fitness: You no longer need an Apple Watch to monitor how much you move. iOS 16 adds a standalone Fitness app that tracks your steps, distance traveled and calories burned. It may be a stripped-down version of a similar app available to Apple Watch owners, but Fitness on the iPhone can motivate you to get up and moving every day.

iOS 16 Focus: Another feature introduced in iOS 15 gets a bit of a tweak in iOS 16, as Apple streamlines the setup process for Focus. New filters let you fine-tune what’s permitted and what’s blocked out when you’ve set a Focus mode, and while those filters are limited to Apple’s built-in apps at launch, Apple’s released a tool to let developers add filters to their apps.

iOS 16 Photos: Editing and organizational tools get most of the attention in iOS 16 Photos, as Apple adds the ability to copy and paste edits to photos and videos, saving you time when you want to make identical changes to a batch of photos at once. Undo and redo edit commands let you reverse and re-institute image edits, while the Hidden and Recently Deleted folders now use Face ID unlocking for an extra level of security. A new Duplicates folder makes it easier to get identical folders out of your library.

iOS 16 Live Text and Visual Look Up: Apple added Live Text and Visual Look Up to iOS 15, tapping into the neural engine on its recent processors to let you copy text out of photos and look up information about things that you’ve photographed. iOS 16 extends those capabilities by letting you copy text in videos just like you can in photos — action buttons related to that identified text lets you jump to phone calls and web pages or look up websites in Safari.

Visual Look Up adds a far neater tool — tap on the subject of a photo and you can copy that object, pasting it into other apps like Notes, Messages and more. Visual Look Up can now identify birds, insects and statues, too.

That’s just the major changes to iOS 16, which also introduces new Memoji options as well as the ability to track medications in the Health app. iOS 16 Siri adds several new capabilities, too. Check out the best hidden features in iOS 16 you might have overlooked.

What features won’t be available in iOS 16 when it launches?

We already knew that Live Activities wasn’t going to be ready with the rest of iOS 16. This is a new kind of notification that alerts you about ongoing information — the score of a ballgame, for example, or the status of a ride-share coming to pick you up. Live Activities largely depend on third-parties using Apple’s developer tools to create new widgets, and those won’t appear until after iOS 16’s debut. Apple does offer a bit of a preview as to how Live Activities will work with its Timer widget, which offers a live countdown on the lock screen.

DISCLAIMER: The Views, Comments, Opinions, Contributions and Statements made by Readers and Contributors on this platform do not necessarily represent the views or policy of Multimedia Group Limited.
Tags:
Apple
iOS 16