Is Ghana a better nation than we were a decade ago? - Joy FM listeners share their views - MyJoyOnline.com

Is Ghana a better nation than we were a decade ago? – Joy FM listeners share their views 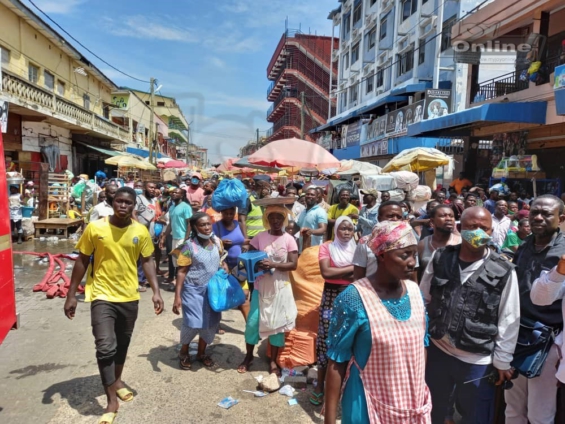 On Tuesday’s edition of the Super Morning Show, discussions centered on the state of affairs in the country.

The hosts of the show threw a question to listeners as to whether Ghana is a better nation now than it was a decade ago, or whether the state is currently living on past glories?

Callers expressed divergent views, though the majority said things are not good currently.

Benjamin called from Adentan and stated that “the economy is not improving.” He, thus, entreated the general public to hold the government to account. “We should get government to tell us what they are doing about the economy,” he said.

Dennis who also called from Adentan on the other hand believes the country’s woes are more of an attitudinal problem. He stated that despite the failures on the part of the government, poor attitudes of citizens have largely contributed to the woes of the country.

“Ghanaians are our own problems. We are irresponsible – we know what is right but we won’t do it,” Dennis, who called from Adentan, said on Tuesday, March 15, 2022.

Another caller, Selorm could not agree less with Dennis’ claim.

“We all know that we have failed, otherwise, MPs will not be in Parliament fighting, Policemen would not be involved in Bullion van robberies,” Selorm said.

“We want the government to do something but Ghanaians can also be responsible, honest, truthful, etc,” he said.

Emmanuel who called from East Legon touched on the country’s unemployment situation and said this is evidence that Ghana is not in a better condition now than before.

Asante Darko expressed a totally different view. He was of the view that “Ghana is improving.”

He, however, called for improvement in the standard of practice in the media industry.

“One area that we need more improvement is the media. The media hasn’t improved as much as we should have,” he said.