Is it normal to check on your ex's activity? - MyJoyOnline.com

Is it normal to check on your ex’s activity? 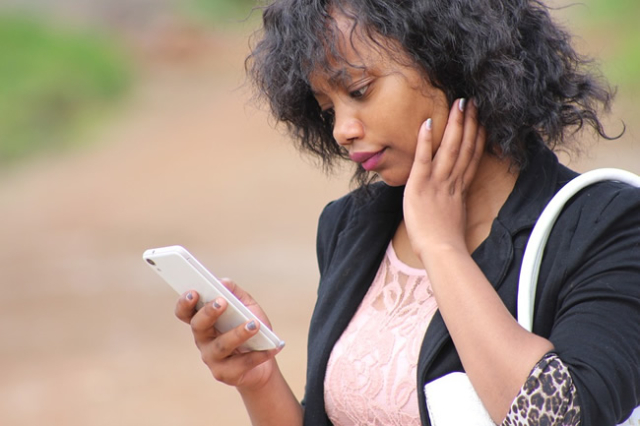 It’s hard to know what exactly constitutes a healthy breakup. This is particularly true in the immediate aftermath when few of us are, shall we say, in the most emotionally reasonable state.

According to two different psychologists HuffPost Canada contacted for this story, it’s very normal to want to check on your ex’s activity, online and otherwise — but that doesn’t necessarily mean you should do it.

Is it normal to check your ex’s social media?

“Let’s face it, it’s irresistible,” says Dr. Bronwyn Singleton, a (very honest!) Toronto psychotherapist who specializes in relationship issues. “I’d love to say ‘just don’t do it,’ but that doesn’t seem realistic in this day and age.” And yet: “in almost any breakup, it would be better to not be following each other on social media anymore.”

Ask yourself what it’s doing for you. “Check in about how you feel afterwards,” Singleton says. Once you’ve scratched that online itch, do you feel any better, or do you actually feel worse?

Dr. Tracy Dalgleish, a psychologist and couples therapist with the Centre for Interpersonal Relationships in Ottawa, recommends the exact same thing: “If a client is talking about that, we might talk about what the checking on social media is doing for them, and how it’s benefitting them,” she told HuffPost Canada.

This process will be different for everyone, of course. But generally speaking, if you’re honest with yourself, you’ll probably come to realize that your day actually doesn’t improve after reading your ex’s funny tweet or looking at a picture of their dog.

“You want to get them out of your sphere, especially if it’s hurting you daily,” Singleton says. “When you break up with someone, breaking up with their social media is by and large a good tactic.”

Remember it’s not the whole story. For one thing, “we lose a lot of context with social media,” Dalgleish says. Most people’s lives will seem more appealing online than they actually are, and it’s easy for your perception to become distorted.

Ask yourself how much energy you’re giving up. Both therapists say that the effort you’re expending by focusing on your ex is keeping you connected to a part of life that’s over. “When you’re trying to move away from something or separate yourself from something, it’s really a process of directing your energy away from that relationship and putting it in new things,” Singleton says. “I think it’s really healthy to have a period of separation and cooling off.”

Staying friends with an ex

Is being friends with all your exes the healthiest and most enlightened way to break up? Not necessarily.

Evaluate your needs. There are certain situations where you have to maintain a relationship, Dalgleish points out — if you have children you’re co-parenting, for instance, or if you have business ties, or even if you just have mutual friends. If you’re not in one of those positions, at least consider severing your tie to that person completely.

Ask yourself why you want to be friends. “Try to cultivate some awareness of the feelings that are motivating this,” Singleton says. “Do you feel guilty about something? Are you feeling sad, or jealous? If you can dig into what’s motivating this, then you have something to work with.”

Many of the common reasons people want to stay friends with their exes aren’t necessarily healthy, Dalgleish says. “Is the relationship comfortable and familiar, and are you afraid of being alone?” she would ask a client. She would also get them to evaluate their feelings about ending a relationship. Do they think a breakup means failure, or that it’s always bad to cut people out? Those perspectives aren’t accurate or healthy, she says.

Think about what you’d suggest to someone else in your situation. Singleton says “a quick and dirty test” she asks clients is: if your best friend was in this situation, what would you say to them? It can be much easier to be be objective — and kind — if you’re not dealing with your own feelings.

Ask yourself if your friendship with your ex will get in the way of other things in your life — including meeting someone new. Singleton suggests thinking about your relationship with your ex as a sort of battery. “If you keep putting your energy into and charging that battery, it’s really going to be hard to get healthy and go back to doing your own thing,” she says.

Dalgleish echoes that idea. There are likely friends or interests you didn’t tend to as much as you wanted to during your relationship, and returning to those is likely more productive than spending time with your ex. And what’s more, it’s very hard to start a new relationship when you’re still hung up on someone from your past.

“You only have so much energy to give,” she says. “If you’re giving your ex your daily updates, your moments of connection, maybe there’s less energy to give to a new partner.”

More than anything else, remember to tune into your own feelings.“Every day we make choices… [but] often we don’t listen to ourselves,” Dalgleish says. Decide on your course of action based on what will be best for you — not based on your self-destructive tendencies or anyone else’s wants.

And remember that as painful as breakups are, they’re also an opportunity for transformation. “The more we stay tethered to our ex, and that old life, the more we deny ourselves the opportunity to push forth in other directions,” Singleton says.

“So all the energy you want to pour into the ex, and checking Instagram with them — choose yourself instead.”