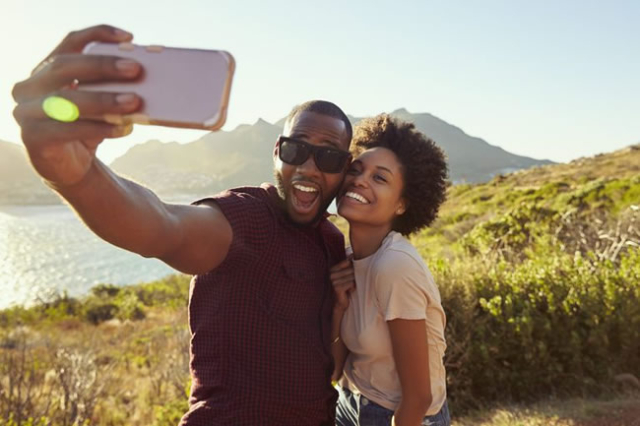 In 1989, we learned from Harry and Sally that maybe “the one” had been standing next to us all along, making us laugh, drying our tears and singing “Surry with the Fringe on Top.”

Maybe the guy you’re meant to be with is not the one you’re dating, but the one giving you dating advice. Maybe your last option for a New Year’s Eve date is really the best option.

You can spend your whole life looking for the man who loves you for who you truly are, knows about your oddest behaviors (that collection of ceramic pigs, your 90210 obsession, the joy you get out of dancing like a blind monkey) and still accepts you, or you can pick up your phone and call your best guy friend — because he already is that man.

It may be weird to start thinking of him in “that way,” but it all comes down to two words: shared history. Need more? Here are ten reasons dating your best friend is a great decision.

1. You know what the other person wants.

He knows you’ve always wanted a big family, and you know he’d like to be married by the time he’s 30. Friends have these discussions. There is no fear of the truth, no asking yourself, “What if he doesn’t want as many kids as I do?”

Compromise is important in any relationship, and the best way to compromise is by starting with the truth. You’ll get closer to what you both want this way.

2. You know each other’s dating histories.

Chances are you’ve seen one another in relationships and you’ve probably even met each other’s exes. Since you’ve already met his past lovers, you’ll be a lot less likely to feel insecure about them.

If you’ve known each other long enough, you’ve been there when family members have gotten married, when babies have been born, through job promotions, puppies and maybe even the purchase of a first home.

These events shape us and shape our relationships. There’s nothing as good as having a real past with your partner.

4. The secrets are all out on the table.

That drunken hookup with your friend’s ex-boyfriend? He knows about it. The stripper he dated in his early twenties? You’re her Facebook friend.

These secrets that we would normally be scared to share with a new partner for fear of judgment? Our friends already know. And we’re also less likely to care about them when we know they’re just one small part of someone’s past.

5. The respect is already there.

Respect is so vital to a relationship, but sometimes that respect takes time to form. You need to get to know each other, learn one another’s values and see each other in action.

Respect is no less important to friendships. Wouldn’t it be great to start a relationship and already have that respect in place?

6. You’ve seen each other in your less-than-stellar moments.

He’s wiped away your tears despite the raccoon-sized mascara circles under your eyes. He knew you when you sported the Freshman 15 — heck, he helped you gain it! He’s seen you with post-workout headband hair, in your Uggs and sweatpants, and with a spoon gripped in your palm halfway into a pint of Chubby Hubby, and he still loves you.

You’ve heard him burp, smelled his farts, most likely caught him in a “scratch,” seen him watching football with stains on his pants (he didn’t have a napkin!), and you were there when he went through that whole Hawaiian shirt phase. And you still love him.

7. Your career priorities are out there.

You know that his goal is to make partner by 32, and he knows your dream is to open your own literary agency. You’ve already helped one another work toward these goals, so when he can’t make it home one night before 10 PM, you’re more likely to be understanding.

Religion. Money. Politics. These are things that friends can discuss freely and with passion, but that can sometimes come between two people without a prior connection.

He may be a poor Catholic who voted for Ross Perot, but if this wasn’t enough to keep you from being his friend when you first met a decade ago, most likely it won’t be a deal-breaker for you now.

9. You know each other’s families.

Friends meet each other’s families in no-pressure situations. Over dinners and drinks, there are no hidden future father-in-law agendas, and no “How will you support my daughter?” questions.

And since you’ve already made an impression on his parents, that pressure should stay off when you take your relationship to the next level.

10. You really know one another.

This is the big one. We let our friends see the real us. There is no pressure to be liked, no worries about whether or not we look good enough, and no little lies.

The best relationships are built on honesty, so who better to be with than the person you’ve been honest with from the beginning?