Isabel Boaten: On the shoulders of giants - MyJoyOnline.com

Isabel Boaten: On the shoulders of giants 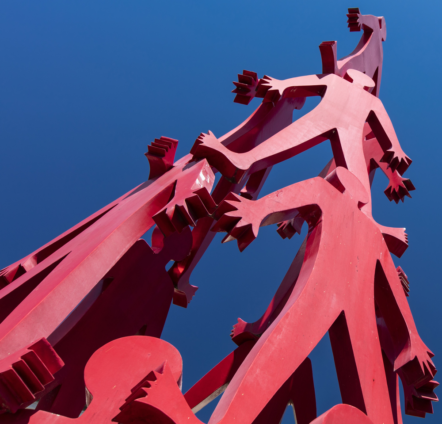 “It is not the critic who counts; not the man who points out how the strong man stumbles, or where the doer of deeds could have done them better.

The credit belongs to the man who is actually in the arena, whose face is marred by dust and sweat and blood; who strives valiantly; who errs, who comes short again and again because there is no effort without error and shortcoming; but who does actually strive to do the deeds;

Who knows great enthusiasms, the great devotions; who spends himself in a worthy cause; who at the best knows, in the end, the triumph of high achievement, and who at the worst,

If he fails, at least fails while daring greatly, so that his place shall never be with those cold and timid souls who neither know victory nor defeat.” – Theodore Roosevelt.

If I was stripped of all the different dimensions of ME which have been molded, sometimes intently chiseled away, sometimes varnished, sometimes white-washed, sometimes scoured, sometimes barely held together, by the people in my life’s journey who thought me worthy of their time and investment,

I wonder the ME that would have emerged. Maybe a full-fledged butterfly still trapped in its cocoon, and yet, still unable to fly even when liberated, maybe a botched clone, maybe a Jekyll or a Hyde, maybe a shadowy figure lost in a madding crowd or a stunted version of who I could have become. One thing is for sure I wouldn’t be this version of ME.

In our becoming, we are so tempted to believe that it has all been Us. “We did it”.

Yes, indeed, we are all largely the authors of our own destiny. But in our applause of ourselves, we silence the marching songs of the men and women who led us to conquer ourselves to victory.

And we swoon to the loud cheers and thundering ovation of our new audiences. We forget what we would not have become, but for the people in our lives who gave us an OPPORTUNITY.

That person who allowed you a foot in the door, believed in you when nobody else did, irked you till you desperately wanted to prove that you could, cheered you on from the pitch and from the stands, banged the table till you woke up with a start, gave you an ultimatum, told you truths about yourself that everyone else had only murmured about in their minds.

If we would honestly assess our stack of reminiscences, we would know, undeniably, that there are protagonists in our life story who changed the course of our lives forever.

A great part of my becoming unfolds because of my walk with a visionary, A “David” christened David unafraid to have the “the audacity to take the leap across the chasm” (Theodore Roosevelt), first to have the effrontery to even contemplate coming against the Goliaths, conscious that “his Israelites” could desert, and leave him with no men and women standing in the wings.

A man unafraid to enter the Colosseum. Not an infallible man but a great man by all standards.

And you have to wonder!

What spurs a man to hope for a life beyond the sights of Konongo, beyond the worn-out and frayed “syto” uniform of his childhood, journeying carefree on foot to school, munching on charcoal grilled “mankani”.

What makes a man ready to lend his shoulders to others to enable them see beyond the horizon? What gives him eagle eyes to see beyond the vision of his own species?

I don’t remember the date but I remember the day clearly. It was one of our brain storming sessions for our second strategic plan. We out do ourselves with our modest ideas on the next phase for AB & David.

David watches us in stony silence. His set face resting on the inner palms of his hands. Very uncharacteristic of David, he doesn’t even attempt to get in a word in edgewise.

I am looking from the corners of my eyes to get a sense of whether or not our ideas are resonating with him, but we are greeted with a steely look, hollow eyes and combatant shoulders.

After we finish our “submissions”, he just says matter of factly “We are going to build AB & David to become one of the leading law firms in Ghana and then we are going Pan African.”

A flurry of thoughts rush through my mind. This man wants us to surf before we have even had a chance to twiddle our toes in the water. Richard and I exchanged raised eyebrows.

Unperturbed by the negatively charged room, he continues, “as part of this we will be building a new modern law office”.

My mind is racing. “We just moved to our present office 3 months ago- We have barely even settled in. We are only now catching our breath. What we have now is more than good enough! “

For me, we were already several years late in the game, in an arena where we would need to battle Goliaths, Methuselahs and the descendants of Anak.

I begin to ramble on and on about why this idea should be reconsidered in a couple of years and not now. My colleagues hum along in agreement.

David nods in silence, but not in agreement but in what I appreciate now, was an almost sympathetic acknowledgement of the limits of what we could visualize then.

Block by block, red, blue and cream colours later, we will open our new offices to the public with such pomp and pride in 2014, we will become the first law firm in Africa to secure the Law Society of England & Wales’ Lexcel accreditation (awarded to law firms that meet the highest practice standards) and we will increase our Pan African presence.

On November 3, 2020, we will be listed by Law.com International as one of the largest 50 law firms in Africa- the only Ghanaian founded law firm to make the list. I often wonder where AB & David would have been if my threadbare arguments had won the day.

They have such x-ray vision, they see the future through a crystal ball whilst others may see through a film darkly clouded by fear of failure and even sometimes success.

And for the visionary, it is a blessing if they have officers and men who see or are desirous of looking into the crystal ball too, But it must be eternally frustrating to have a near-perfect vision, and have to lead a motley crew “the blind”, “the one-eyed”, and people who deliberately keep their eyes wide shut.

I also understand why it’s a lonely place. Trapped by the clarity of your ideas – seeing what no one else does.

I can understand now, the internal conflict of getting things done versus listening to your people, when you know head and gut-deep, that they see only bits of the big picture.

But visionaries get it wrong too- with a vision so sharp that it can be blinding, they can sometimes miss the blind spots. But “there is no effort without error and shortcoming”.

Undoubtedly, the ME I am today has been significantly shaped by the opportunity David Ofosu – Dorte gave me.

He taught me, mentored me, frustrated me, and made me want to scream sometimes, he whitewashed my mistakes, he let me stand on his shoulders sometimes to stand taller than I really was. It gave me a “bigger picture vision”.

Today, pause and think about the people who allowed you to catapult on their shoulders, and many giants will rise before your eyes. Then look differently at those giants whether they are in your past or present.

If they are a part of your history don’t wait to eulogise them on their passing. If you are embarking on a walk with them in the present – Pause and visualize the vision in your mind’s eye.

See the vision as a real possibility, not a hypothesis. Immerse yourself in what the new reality would be if the vision is realized. Think through what you can do to make the vision happen, and you too will start seeing “visions”.

You will feel more excited and energized and it will become your vision too. Then, you can become that rallying point that pulls others up from being part of the audience to being on stage and acting their part.

And, don’t let us sit with our powdered noses and clean shaven faces and fail to celebrate the giants because of their stumbles, their errors and shortcomings.

At least they dared to be the men and women in the arena–their “faces marred by dust and sweat and blood” is a testament that they fought.

What story does your face tell?

Isabel Boaten is the Managing Partner of AB & David Ghana- the founding member of the Pan African law firm, AB & David Africa. Under her leadership, AB & David became the first law firm in Africa to secure Lexcel – an accreditation awarded to law firms that meet the highest management and client care standards, prescribed by the Law Society of England & Wales.

Isabel is also a lecturer in Law Practice Management at the Ghana School of Law. Isabel’s passion to see people achieve their career potential and gain professional fulfillment birthed her blog “Isabel’s Journey of Discovery”.