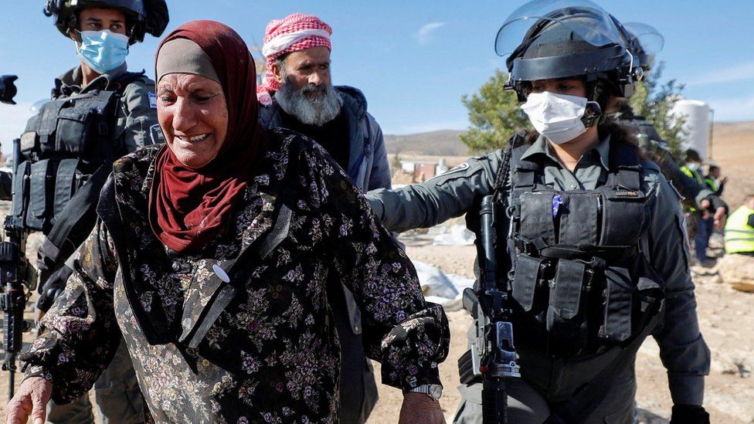 Israeli laws, policies and practices against Palestinians in Israel and the occupied territories amount to apartheid, Amnesty International says.

A new report alleges that the Israeli state maintains “an institutionalized regime of oppression and domination of the Palestinian population for the benefit of Jewish Israelis”.

Apartheid is considered a crime against humanity under international law. Israel says it “absolutely rejects all the false allegations” in the report.

“The report denies the State of Israel’s right to exist as the nation-state of the Jewish people. Its extremist language and distortion of historical context were designed to demonize Israel and pour fuel onto the fire of anti-Semitism,” they said in a statement.

The Palestinian foreign ministry welcomed the report, saying it was a “detailed affirmation of the cruel reality of entrenched racism, exclusion, oppression, colonialism, apartheid, and attempted erasure that the Palestinian people have endured”.

Apartheid was a policy of racial segregation and discrimination that was enforced by the white minority government in South Africa against the country’s black majority from 1948 until 1991.

Three main international treaties prohibit apartheid, including the 1973 International Convention on the Suppression and Punishment of the Crime of Apartheid.

More than 600,000 Jews live in about 140 settlements built in the West Bank and East Jerusalem. Most of the international community considers the settlements illegal under international law, though Israel disputes this.

Officially all Israeli citizens have equal rights, regardless of religion or race. But Amnesty’s report concludes that Israel “considers and treats Palestinians as an inferior non-Jewish racial group”.

“The segregation is conducted in a systematic and highly institutionalized manner through laws, policies and practices, all of which are intended to prevent Palestinians from claiming and enjoying equal rights with Jewish Israelis within the territory of Israel and within the Occupied Palestinian Territories, and thus are intended to oppress and dominate the Palestinian people,” it says.

“This has been complemented by a legal regime that controls (by negating) the rights of Palestinian refugees residing outside Israel and the OPT to return to their homes.”

Palestinians displaced by the war which surrounded Israel’s creation in 1948-49, as well as their descendants – a number which the UN puts at 5.3 million in total – claim the right to return to their former homes. Israel says to do so would demographically overwhelm it and threaten its existence.

The report says the “territorial fragmentation” of the Palestinian population “serves as a foundational element of the regime of oppression and domination”.

Other aspects, it alleges, include the denial of nationality and residence; denial of family life; severe restrictions on freedom of movement; and discriminatory seizure and allocation of and access to resources.

The report also says Amnesty has documented inhuman or inhumane acts – forcible transfer, administrative detention and torture, unlawful killings and serious injuries, and the denial of basic freedoms or persecution – that it says Israel has committed against Palestinians “with the intention to maintain this system” and that “amount to the crime against humanity of apartheid” under of the Apartheid Convention and the Rome Statute of the International Criminal Court.

Amnesty’s secretary-general, Agnès Callamard, said: “There is no possible justification for a system built around the institutionalised and prolonged racist oppression of millions of people.”

The State of Israel absolutely rejects all the false allegations that appear in the report. pic.twitter.com/sAf2srfThD

“The international community must face up to the reality of Israel’s apartheid, and pursue the many avenues to justice which remain shamefully unexplored,” she added.

Israeli Foreign Minister Yair Lapid said: “Amnesty does not call Syria an ‘apartheid state’ – a country whose government murdered half a million of its own citizens – nor Iran or any other corrupt and murderous regime in Africa or Latin America.

“I hate to use the argument that if Israel were not a Jewish state, nobody in Amnesty would dare argue against it, but in this case, there is no other possibility.”

DISCLAIMER: The Views, Comments, Opinions, Contributions and Statements made by Readers and Contributors on this platform do not necessarily represent the views or policy of Multimedia Group Limited.
Tags:
amnesty
Apartheid
Isreali
Palestinians