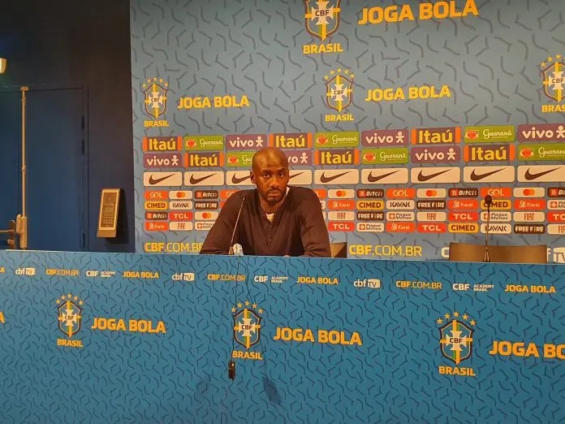 According to former Ghana Football Association president, Kwesi Nyantakyi, Otto Addo now has the responsibility of ensuring that the Black Stars achieve the desired results at the 2022 FIFA World Cup following the FA’s role in getting some players to become available for the national team.

Prior to the last international window, the Ghana FA led by Kurt Okraku, was able to complete the nationality switches of five players while also convincing Mohammed Salisu to make himself available for Black Stars.

Out of the six, Salisu, Inaki Williams, Ransford-Yeboah Konigsdorffer and Tariq Lamptey have all played for the team while Stephan Ambrosius is yet to feature although he was handed a call-up by the technical team. Patric Pfeiffer, on the other hand, is yet to be invited.

With the addition of these players and the availability of some others from the previous squad, Nyantakyi, who led Ghana to three World Cups as an FA president, believes Addo has the best materials to get good results in Qatar.

“[Mohammed] Salisu is at the prime of his career. We have some of the best players, the rest of the work now is to manage these players, blend them and ensure that they produce the desired results for us. That is the responsibility of Otto Addo and the management of the FA led by my good friend, Kurt Okraku.”

Nyantakyi added that the one Mundial is a big platform for the former Black Stars midfielder to show the world what he is capable of doing.

“I hope they will live up to expectations. I think Otto Addo must put in his very best because this is an opportunity for him [Otto Addo] as one of the few black coaches to lead a team at the World Cup — and one of the few from Ghana — the second after Kwasi Appiah to lead the Black Stars to the World Cup. Fortunately, the country is behind him and he should not let us down.”

The Black Stars are drawn in Group H, where they will come up against Portugal, South Korea and Uruguay hoping to go past the group stage once again.

DISCLAIMER: The Views, Comments, Opinions, Contributions and Statements made by Readers and Contributors on this platform do not necessarily represent the views or policy of Multimedia Group Limited.
Tags:
Black Stars
Kwesi Nyantakyi
Lawrence Baidoo
otto addo
World Cup