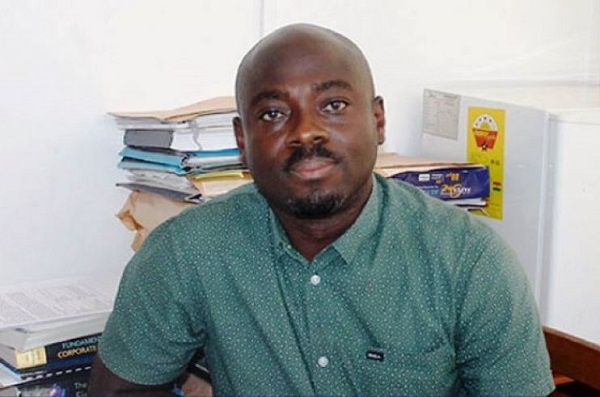 An economist at the University of Ghana Business School (UGBS), Prof Lord Mensah, says it is not necessary for the Vice President to blame the erstwhile Mahama administration for the country’s economic woes.

According to him, he does not see the need for Dr Mahamudu Bawumia to travel back into the years and accuse past regimes for the difficulties confronting the citizens.

Speaking in an interview with Kojo Yankson on the Super Morning Show on Friday, Prof Mensah explained that when a new government assumes power, it automatically inherits the assets and liabilities of its predecessor.

In this regard, he stated that good economic managers are expected to convert the liabilities they inherit to profits, and therefore, Dr Bawumia must stop making reference to the faults of the NDC.

“As an economic manager, you should know that before you take over, you’re coming to inherit liabilities and assets. You cannot just parade only the liabilities and indicate that this is what you inherited and therefore without it, you could have been better. What about the resources that you had? What did you use them for?”, Professor Lord Mensah quizzed.

He continued: “There’s a reason why we have four years political cycle. So if within the four years, you cannot turn around things. I don’t think it’s not necessary to go back in years. I don’t think Ghanaians will be better of with these kind of references and statements coming from our economic managers”.

In his explanations, Professor Lord Mensah further emphasised that, “as an economic manager, you inherit both liabilities and assets and how you appreciate liabilities that you inherit and convert them to assets for the benefit of the country is a gauge for your performance”.

The comments by Prof Lord Mensah were in reaction to an earlier assertion by the Vice President on Thursday, where he stated that Ghana’s current economic challenges are partially due to the ills of the NDC.

According to him, the prevailing difficulties can be attributed to the “quadruple whammy” the government faces – excess capacity payments, banking sector crisis, Covid-19 and the Russia-Ukraine war.

He said two of the four factors, the excess capacity payments and the banking sector crisis, were inherited from the previous administration. He made this statement in a speech at the Accra Business School.

The comments by the President have so far generated mixed reactions, with a section of the populace lambasting the Vice President for failing to take responsibility for the country’s problems.

According to the critics, it is distasteful for the Veep to rope in former President Mahama, and blame the NDC for Ghana’s return to the IMF.

Amidst the widespread backlash, the Founding President of IMANI Centre for Policy and Education, Franklin Cudjoe has advised the Vice President to desist from blaming the NDC for the present crisis.

According to him, such a move is not prudent.

“My dear Veep, please leave the NDC out of the major reasons for the return to the IMF. It is politically and economically not prudent. A play back of your own tapes while in opposition will help reset this loud misconception”, he tweeted on Thursday.

My dear Veep, please leave the NDC out of the major reasons for the return to the IMF. It is politically and economically not prudent. A play back of your own tapes while in opposition will help reset this loud misconception.

Meanwhile, JoyNews is learning that the earliest the International Monetary Fund can take a decision on whether to give Ghana a deal will be in the first quarter of 2023.

A source within the Finance Committee told JoyNews’ Parliamentary Correspondent, Kwaku Asante, that the Fund is seriously concerned about the debt position and will undertake a debt sustainability analysis before agreeing on a deal with government.

DISCLAIMER: The Views, Comments, Opinions, Contributions and Statements made by Readers and Contributors on this platform do not necessarily represent the views or policy of Multimedia Group Limited.
Tags:
Bawumia
Economy
IMF
Mahama
Professor Lord Mensah