It took me 8 years to finish ‘Iron Boy’ – Amakye Dede 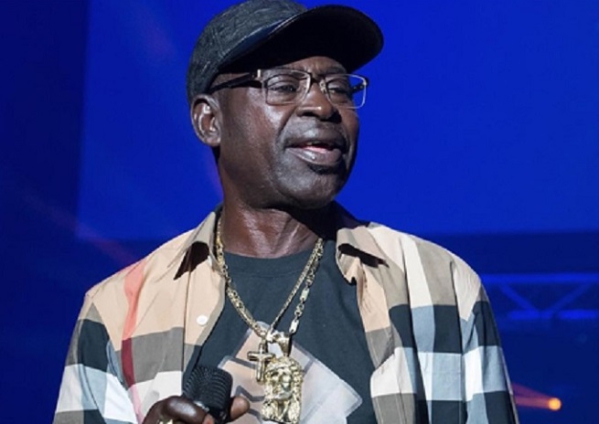 Highlife legend Daniel Amakye Dede, popularly known as Abrantie, has revealed that it took him eight years to finish his song “Iron Boy.”

Speaking on the Super Morning Show on Thursday, he stated that recording the song was very challenging because he couldn’t settle on a particular tune for the song.

“It took me about eight years to finish this song. I started with some rhythms, but it wasn’t good for me till I did it with a reggae tune,” he said.

He further noted that he had to take many breaks to work on other songs while recording “Iron boy.”

“It was giving me so much headache, so when I record a little, then I put it down and forget about it and do other songs until I got it right,” he added.

The song, which was released in 1998, tells a story of a lover who had to travel abroad (for whatever purpose), leaving the other partner behind.

Amakye Dede recounts moments with the lover, especially their last moment where he accompanied her to the airport, bade her farewell with a kiss, and exchanged pleasantries for the last time before she left.

Though her absence, with no signs of her return, had left him with sleepless nights, loss of appetite, and other unfavourable conditions, he lived in expectancy, hoping his partner will return someday.

With such hopes, he visited the airport one day in anticipation of meeting her. Coincidentally, he spotted someone who resembled her descending from a plane. With joy, he ran to meet her, but his hopes were dashed after he got closer and realised that it wasn’t her after all. Saddened by the turn of events, he concludes that ” ɔdɔ ama m’atutu mmirika hunu. Iron Boy eei, ɛnnyɛ ɔnoa oo (to wit “my lover has made me run in vain. Iron Boy, that’s not her).”

He finally sends word to her to return soon because he had missed her and that “ɛnyɛ wonkoa na adeɛ ahia wo, (to wit, you are not the only person in need of something).”

DISCLAIMER: The Views, Comments, Opinions, Contributions and Statements made by Readers and Contributors on this platform do not necessarily represent the views or policy of Multimedia Group Limited.
Tags:
Amakye Dede
Highlife Music
Iron Boy
Super Morning Show