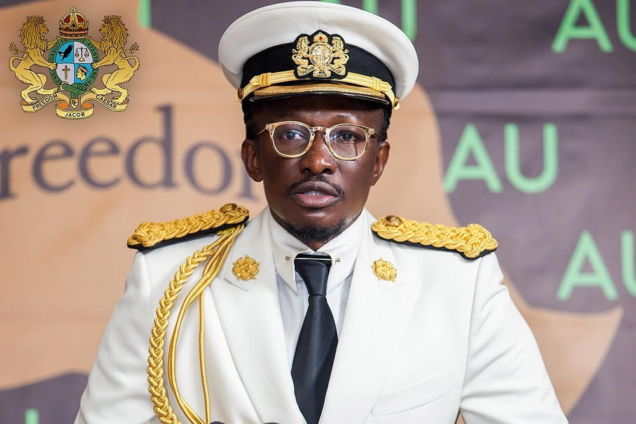 A Ghanaian-born industrialist, Freedom Jacob Caesar is calling in Africans to take control of their narrative to ensure a holistic and accelerated development through unity.

According to the founder of the Freedom Movement, the image of the continent has been portrayed in a negative light for too long. He, however, believes the youth have the potential to set the record straight through effective leadership and the will power to go beyond the ordinary.

He made these comments over a Zoom conference with journalists and other media personnel where he threw light on some initiatives set to be undertaken by the Movement with the aim of boosting the morale of Africans to strive for excellence.

Popularly known as Cheddar, Mr. Caesar also added that it is time for Africans to promote their own talents to the world, a deficiency that Freedom believes must be bridged.

“I see it as a huge gap. We Africans, media moguls, business entrepreneurs, visionaries and all of that must work on bridging that gap. That is one of the doors I would like to open,” he added.

As part of the upcoming projects is a documentary dubbed The African Dream (The man with the audacity to build The New Africa) set to push the boundaries of youth continental on the continental front.

The industrialist posited that the circumstances surrounding this year has presented the springboard for the African youth to leapfrog into the future with great prospects.

“Going forward in 2020, the world has opened widely in the sense that technology is providing them with speed,” he said.

He also expressed the need for a vibrant youth to make the effect the change that Africa seeks to see.

“I’m just a blueprint of what I believe Africa has been lacking in the past century in terms of being a visionary, an industrialist and entrepreneur and being able to cross the boundaries with the continent.”

According to him, this kind of mindset will generate revenue, wealth and stability.

“I want to be able to share this template with most Africans… I support the African dream with the proof of my own achievement and how I have turned an organisation around to build an empire out of that by just being in Africa.”

Freedom Jacob Caesar is also expected to roll out a podcast to share insight on the intricacies of life and sharing experiences that will uplift the African populace in all facets of life.

The Freedom Movement has over the past few months made substantial donations to the less privileged in Ghana to alleviate the plights of persons whose livelihoods had been hard-hit by the Covid-19 pandemic.

DISCLAIMER: The Views, Comments, Opinions, Contributions and Statements made by Readers and Contributors on this platform do not necessarily represent the views or policy of Multimedia Group Limited.
Tags:
Freedom Jacob Caesar
New Africa