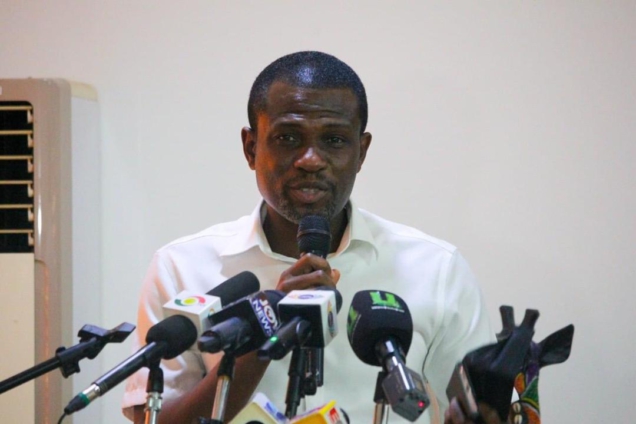 The Deputy Minister of Tourism, Arts and Culture, Mark Okraku-Mantey, has refuted comments on the recent hike in fuel prices attributed to him.

In an interaction on Joy FM’s Showbiz A-Z on Saturday, the former Hitz FM Manager stated that he has never granted any interview on fuel prices.

“I have never done any interview that the question came up around fuel or petroleum or energy because that is not my area,” he told host, George Quaye.

He indicated that there is no correlation between the topic of discussion he had on Hitz FMs Daybreak Hitz on Free SHS and the claimed fuel comment.

“If you check that thing out, the answer to the question they claim I answered, there is no correlation. What has Free SHS got to do with fuel? Am I that dumb?” he quizzed.

Mr Okraku-Mantey’s comments come against the backdrop of an interview on Hitz FM on Friday on Free SHS.

However, he said some reporters have twisted the Free SHS conversation and linked it to fuel.

In their reportage, they said that the Deputy Minister of Tourism, Arts and Culture, Mark Okraku-Mantey has stated that “although the fuel prices have gone up, Ghanaians need to appreciate the effort made by the government for delivering Free SHS, Free Water and Electricity during the pandemic and ambulances.”

Mr Okraku Mantey responding to the reportage debunked the claims.

He also called for a discussion to be held to educate the masses, especially bloggers, on “defamation, slander, libel and cyber laws.”

This he said was based on reasons that the “people have believed that I said that he [government] is giving people Free SHS so the fuel is okay. It’s going round, people have sent it to me that did you say this?”

DISCLAIMER: The Views, Comments, Opinions, Contributions and Statements made by Readers and Contributors on this platform do not necessarily represent the views or policy of Multimedia Group Limited.
Tags:
Deputy Minister for Tourism Arts and Culture
Fuel Prices
Mark Okraku-Mantey