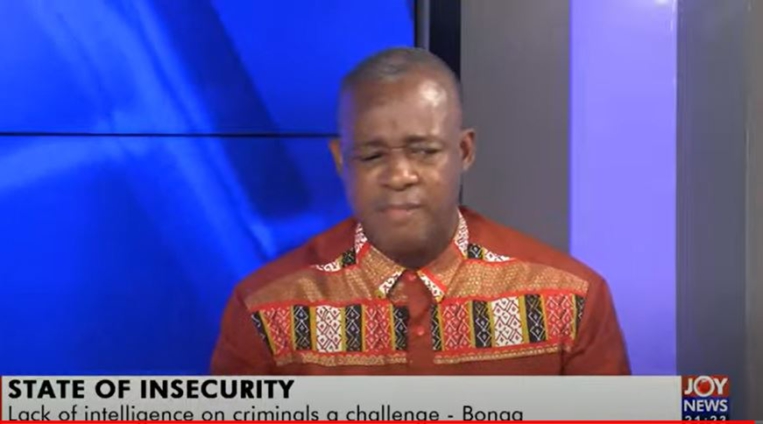 Speaking in an interview on PM Express, Mr Bonaa said information gathered when the homicide unit appeared at the crime scene indicated that more than 20 spent AK-47 shells were found.

This, according, him “means that it looks more like an organized crime.”

“Let’s see more action. Let’s not limit it to the perpetrators of these guys who killed the police officer. Could it be a gang that is probably going round and terrorizing and doing all these?” he said.

He noted that “the CCTV could have helped if its other jurisdiction I’m sure within a minute, in less than 30 minutes it will be everywhere we are looking for so so and so and you can believe our media and social media will pour it everywhere and probably we would have arrested them.”

His comment comes in the wake of rampant robbery attacks in recent times.

On June 14, 2021, a police officer, Emmanuel Osei and a hawker, Afua Badu, were attacked by a group of armed robbers at Adedenkpo, a suburb of Jamestown.

The robbers were said to have trailed a bullion van in a taxi and on a motorbike and upon arrival at a less crowded location, fired indiscriminately, killing them instantly.

According to an eyewitness, the police officer, Emmanuel Osei was providing security for the van while the young lady, Afua Badu, was a bystander who witnessed the incident.

The driver of the van also sustained severe injuries and is currently responding to treatment at the Korle-Bu Teaching Hospital.