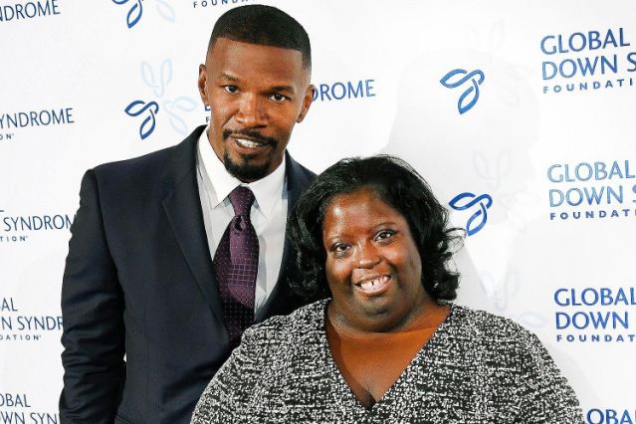 Jamie Foxx poses on the red carpet with his sister DeOndra Dixon while attending the Global Down Syndrome Foundation's 2016 'Be Beautiful, Be Yourself' fashion show at the Hyatt Regency Hotel on November 12, 2016 in Denver, Colorado. A night of advocacy, and empowerment, the event is the single largest fundraiser benefitting people with Down syndrome in the world, having raised over $12 million to date. (Photo by Helen H. Richardson/The Denver Post via Getty Images)

Jamie Foxx is mourning the death of his younger sister DeOndra Dixon, who passed away at age 36.

The Oscar-winning actor wrote a tribute in memory of his sister via Instagram on Monday, stating “my heart is shattered into a million pieces.”

“My beautiful loving sister Deondra has transitioned,” Foxx, 52, wrote alongside a black-and-white photo of the two. “I say transitioned because she will always be alive… anyone who knew my sis… knew that she was a bright light.”

“I can’t tell you how many times we have had parties at the house where she has got on the dance floor and stolen the show…” Foxx captioned a series of photos he shared.

“Deondra you have left A hole in my heart… but I will fill it with all of the memories that you gave me … I love you with every ounce of me… our family is shattered but we will put the pieces back together with your love… and y’all please keep my family in your prayers… 💔💔💔.”

DeOndra began competing in the Special Olympics as a sixth-grader, continuing with the event for nearly 10 years. After graduating high school in Texas in 2002, she relocated to California, moving in with Foxx.

Foxx told Dateline in 2018 that DeOndra, who had a lifelong love of dance and appeared onstage with Foxx several times, including, taught him “how to live.”

“Sometimes we get caught up in our world on the extras of everything — ‘Ah, the Mercedes is not the right color!’ And then you see this girl over here, ‘I just want to live. I want to dance. I want to love.’ So she brings you back down to what life is.”

DISCLAIMER: The Views, Comments, Opinions, Contributions and Statements made by Readers and Contributors on this platform do not necessarily represent the views or policy of Multimedia Group Limited.
Tags:
Jamie Foxx