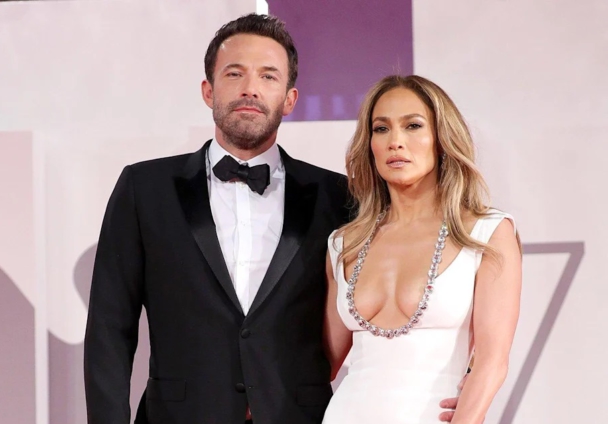 Ben Affleck and Jennifer Lopez are ready to get married!

The pair – who rekindled their romance last year – is engaged, a rep for Lopez confirms to PEOPLE.

Lopez shared the news in her On the JLo newsletter days after she was photographed wearing what appeared to be an engagement ring earlier this week.

She revealed the exciting update in a Friday evening email to her inner circle. The message to fans included a clip of Lopez admiring a huge, green diamond on her ring finger, an image of which was also shared by her sister on social media.

Lopez teased the “major announcement” with a video on Twitter that same night. “So I have a really exciting and special story to share…” Lopez told her followers. She also added a diamond ring emoji to her Twitter handle.

Affleck most recently showed support for his wife-to-be, cheering her on with his son Samuel and her daughter Emme as Lopez accepted the Icon Award at the iHeartRadio Music Awards in March.

Lopez recently told PEOPLE what makes their connection different now compared to 18-years ago, saying, “We’re older now, we’re smarter, we have more experience, we’re at different places in our lives, we have kids now, and we have to be very conscious of those things.”

“It’s a beautiful outcome that this has happened in this way at this time in our lives where we can really appreciate and celebrate each other and respect each other,” Lopez told PEOPLE. “We always did, but we have even more of an appreciation because we know that life can take you in different directions.”

She added, “We have been in the game in the public eye long enough to know who we are as people and what really matters and what doesn’t matter. We have kids and we respect each other. … We really live our lives in a way we can be proud of and our kids can be proud of you. We’re just operating from a place of love and respect for everyone in our lives and that is very important to us. We know what the truth is [and] we hold it sacred.”

Lopez and Affleck previously began dating in July 2002 and got engaged that November before postponing their September 2003 wedding just days before the date. They ultimately called off their engagement in January 2004.

Affleck told WSJ. Magazine in December about feeling “lucky” to have been given second chances, both in his work and personal life.

“I’ve had second chances in my career. I’ve had second chances as a human being. Life is difficult, and we are always failing and hopefully learning from those failures,” he said. “The one thing you really need to avail yourself of the opportunities provided from that growth is the second chance. I’ve definitely tried to take advantage of that. I haven’t always been successful, but in cases in which I have, they’ve turned out to be the defining aspects of my life.”

DISCLAIMER: The Views, Comments, Opinions, Contributions and Statements made by Readers and Contributors on this platform do not necessarily represent the views or policy of Multimedia Group Limited.
Tags:
Ben Affleck
Engagement
Jennifer Lopez