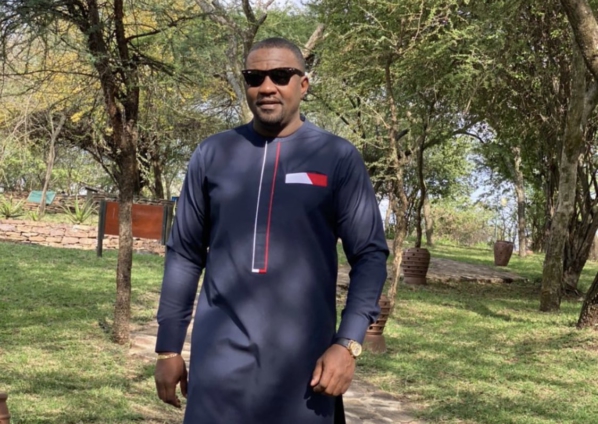 Actor-turned-politician John Dumelo has dismissed claims that he has been involved in a fatal car accident.

In a video shared on his social media pages, Mr. Dumelo noted that he is alive and travelling across some farming communities in the Oti Region.

The actor has constantly been sharing some of his farming expeditions with his followers.

Cabbage farming is profitable but demands a lot of time and dedication. You can use about 8,000gh( seeds, workers, irrigation system, weeds control etc) cultivate an acre and make about 4000gh profit after 4 months. Join me let’s farm!!! pic.twitter.com/LlHFfwf87i

John Dumelo urged people to dismiss the report, adding that they are all false.

“I’ve heard some rumours about myself being in an accident and I’m no more and so forth. I just want to let everybody know that it is false. I’m currently in Akpafu-Todzi. I’m currently checking out some farming activities here and interacting with the farmers.”

He added that “from here, I’ll move to Santrokofi and then I would also go to Lolobi and Likpe to also check out and interact with some farmers and so I’m okay, I’m alright, I just want to let everybody know that I’m fine, I’m safe.”

This is not the first time John Dumelo has been hit with death rumours.

In April 2022, the actor had to assure his fans, followers and friends that he was fine in a YouTube video after similar claims were circulated.

“I’ve had a lot of calls, and people have sent me messages about some fake news on YouTube saying that I’m dead. It’s not true; I’m still alive. Today is the 13th of April, 2022. I’m still alive, so just ignore this fake news and let’s all move forward in the Lord,” John Dumelo had said.

The actor also chastised individuals who spread the story, adding that circulating false rumours is not the right approach to get content for a news platform.

DISCLAIMER: The Views, Comments, Opinions, Contributions and Statements made by Readers and Contributors on this platform do not necessarily represent the views or policy of Multimedia Group Limited.
Tags:
death hoax
John Dumelo