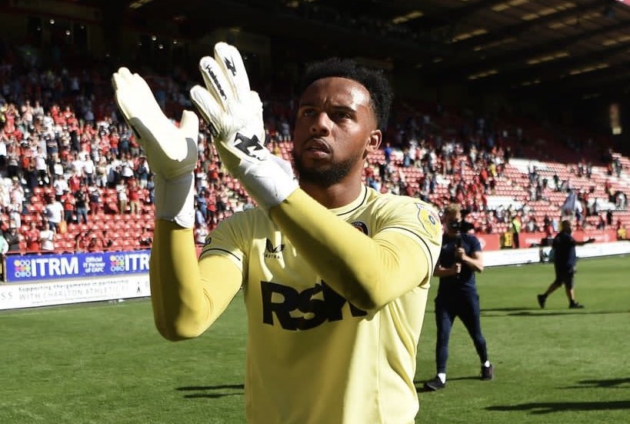 Jojo Wollacott was the hero of the night for Charlton Athletic as he saved a crucial penalty in a shootout to ensure his side beat QPR to progress to the second round of the Carabao Cup.

The game which ended 1-1 in regular time went straight to a penalty shootout at the Valley stadium.

The Addicks are in the hat for the second round 💪

The Addicks won the toss and converted their first penalty before Wollacott made himself big to save Johansen’s effort.

Charlton went on to score their next four penalties to win the tie and qualify for the next round.

🇬🇭 Jojo Wollacott comes up big AGAIN for Charlton Athletic as they qualify for the second round of the Carabao Cup.

The Ghanaian goalkeeper saved QPR’s first penalty in the shootout as the Addicks won 5-3. pic.twitter.com/FhwO7PUTUi

It has been a good week for the Ghanaian goalkeeper who was also impressive over the weekend in Charlton’s win over Derby County.