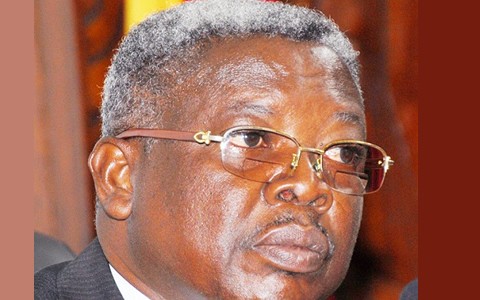 The Judgement Debt Commission has expressed strong disagreement with Parliament’s Public Accounts Committee over the latter’s directive to Rockshell International to pay taxes on a $35 million Judgement Debt it received from government in 2009.

Rockshell International’s lawyer, Philip Addison, wrote to the commission seeking its intervention on the matter, after the Public Accounts Committee requested that the company makes some refunds to the state in the form of taxes from payments it had already received from the state on settlement basis.

The facts of this case as presented in the commission’s report, a copy of which Joy news has intercepted are that, Rockshell was contracted by the Government of Ghana in 1983 to provide granite stones for construction works on the Keta Sea Defence Project for which it should have been paid 553, 056,000 old cedis, now 55, 305.60 cedis.

The government failed to pay this amount to Rockshell despite several demands. The company went to court in 2005 to claim recovery of the said amount with interest, and on 20th November 2006 obtained a judgement debt of US$70 million.

The state could not make good its indebtedness to the company even after the judgment until there was a change of Government in January 2009.

The report says when the new Government took over, the new Attorney-General Mrs. Betty Mould-Iddrisu drew the Government’s attention to the numerous judgment debts then pending against the state. She sought clearance from Cabinet to revisit some of the cases so as to re-negotiate some of the debts as the totality of the state’s indebtedness was so huge that it could collapse the economy. One of the settled cases was the Rockshell International case.

The Attorney-General’s team and the Rockshell International team led by Philip Addison agreed on a settlement amount of US$35 million (50 percent of the court awarded judgement debt), which government paid to the company.

The commission however observed with concern why Rockshell International was given a judgment expressed in dollar terms when its claim against Government was in cedis. It also expressed worry over how the amount ballooned into millions of US Dollars.

“The question is; why should the Government refuse or fail to pay a contract sum of just GHc55, 305.00 on the completion of the contract but rush to pay a colossal sum of US$35 million after twenty (20) years (compromised or otherwise)? This does not make sense to the Commission,” the report said.

On Rockshell’s petition submitted to the commission by Lawyer Philip Addison’s over the Public Account’s Committee’s directive, the report said: “Again, this Commission thinks it was not fair for the Public Accounts Committee to order the petitioner to pay tax on the compromised judgment debt after the Company had agreed to wipe off half of the debt that a court of competent jurisdiction had awarded

it, if truly the tax element was taken into consideration in arriving at the settlement figure. Having benefitted from the goodwill of the petitioner, the tax element should have been a closed chapter.”

“The Commission recommends that the tax element which the Public Accounts Committee of Parliament ordered the Plaintiff/Petitioner to pay when the Plaintiff appeared before it should be wiped off if there is evidence that it was taken into consideration in the course of the negotiated settlement,” the report said.