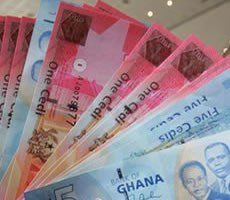 The Ministry of Food and Agriculture faces an imminent shut down, following the government’s delay in paying another judgement debt owed a Spanish company, which has led to the freezing of its accounts.

It adds to the number of huge judgement debts the government is grappling with.

An Accra High Court, in a garnishee order issued on May 2, this year, froze the Agriculture Ministry’s Engineering Department’s Accounts for the default in the payment of the outstanding 1.3 million dollar judgment debt owed ISOFOTON S.A, the Spanish firm.

The judgement debt arose from the previous government’s abrogation of a contract with ISOFOTON.

The then government, through the Ministries of Food and Agriculture, and Energy, and ISOFOTON entered into a formal agreement on September 22, 2005 for the supply and installation of solar powered water pumping irrigation systems and solar electrification project in remote areas of the country under the second Ghana-Spanish Financial Protocol.

However, the then Chief of Staff, Kwadwo Mpiani, abrogated the irrigation and solar electrification contracts in March 2006, and awarded them to other Spanish firms, Incatema Indema and Elecnor respectively for unknown reasons.

Not satisfied with the treatment, ISOFOTON consequently sued the government in January 2007, and won judgment for 1.3million dollars.

Although about a quarter of the debt has been paid by the government, the company is pursuing a contempt suit against the government for delayed payment of the remaining, after securing a garnishee order to have the accounts of the Agric Engineering Department attached.

Documents on the transaction and court rulings made available during press briefing in Accra yesterday, by a Deputy Minister of Information, Samuel Okudzeto Ablakwa, indicated that the former Chief of Staff abrogated the contract in spite of warnings from the then Ministers of Agriculture, Energy and Justice and Attorney-General.

For instance, a letter dated April 4, 2006 by Mr. Clement Eledi, the then Deputy Minister of Agriculture, about the decision to abrogate the contract, reminded the Chief of Staff that the government had a binding contract with the ISOFOTON.

“A change of company at this stage of the contract could open up the Ministry, and indeed the government to legal action especially by ISOFOTON,” the letter said.

“There is a breach of binding contract with ISOFOTON S.A., and which entitles them to special damages, general damages and interest at the prevailing bank rate from time of breach till the day of payment,” the letter said. .

“We further advise that any lawsuit arising out of this matter would be detrimental to the government. In the consequence, substantial financial burden could be imposed on the government through the breach,” the letter added.

It also advised that in order to avoid a lawsuit by ISOFOTON, the Finance Ministry had to try to reach an amicable settlement with the company.

But an amicable settlement was not reached, and the Spanish company sued the government through which it had judgement in its favour.

Mr. Okudzeto blamed Mr. Mpiani for causing the debt through his actions, irrespective of advice from the relevant Ministers.

“Clearly, the former Chief of Staff did not act properly,” he stressed.