Justice Honyenuga was not given cars to jail Opuni - Association of Magistrates and Judges - MyJoyOnline.com 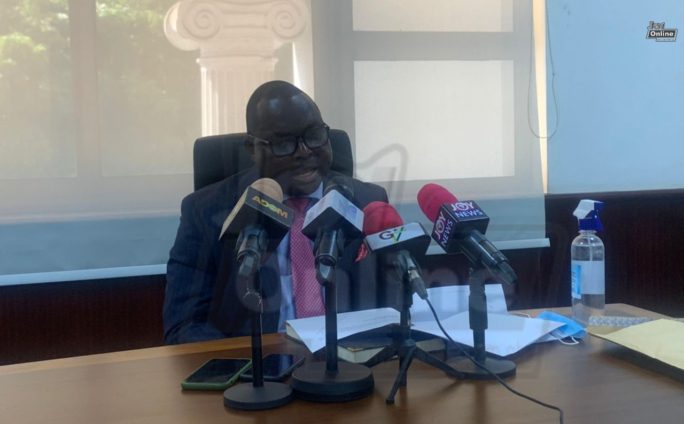 The Association of Magistrates and Judges has described as malicious and false some accusations levelled against Supreme Court Judge Clemence Honyenuga.

President of the Association Justice Henry Kwofie told pressmen the group had taken notice of an accusation on social media that the Judge was given two cars to ensure that former COCOBOD CEO, Dr Stephen Opuni is jailed.

Justice Honyenuga is hearing the trial of Dr Opuni as an additional High Court judge.

He was earlier this year restrained by the Supreme Court from hearing the case following accusations of bias levelled against him by Dr Opuni.

This decision was later set aside by an enhanced Supreme Court review Panel with the judge permitted to hear the case.

Justice Kwofie, in his address, argued the judge received two cars he was entitled to as a Supreme Court judge.

“Among these seven judges who were allocated the vehicles was Justice Honyenuga, who was appointed to the Supreme Court by His Excellency the President on May 22, 2020.

All the three Supreme Court Judges appointed in December 2019 and the four appointed on May 22, 2020, were allocated one Toyota Land cruiser vehicle and one Saloon car each as Duty Post vehicles.

It is these vehicles allocated to Justice Honyenuga as Duty Post vehicles which is the source of the accusation that he has been given one SUV and a Saloon car to influence him to jail accused persons
standing trial before him.

The Association wishes to state that the allocation of Official/Duty Post vehicles to Justice Honyenuga or any Judge for that matter has nothing to do with any case or cases pending before them.

This allegation is at once malicious and unfounded and a deliberate attempt to cause disaffection to Justice Honyenuga in particular and the Judiciary in general. This attempt to scandalise the Judiciary must be condemned in no uncertain terms.”