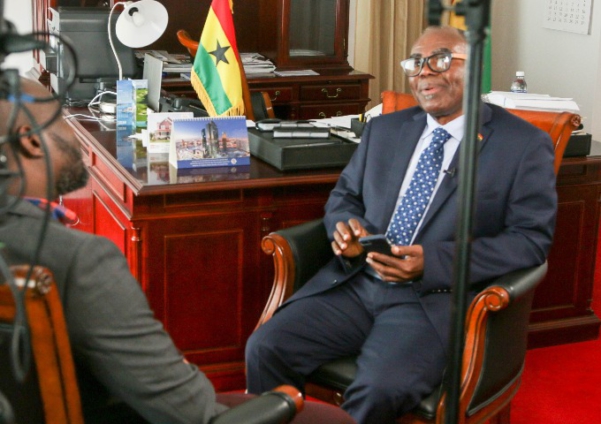 A leading member of the governing New Patriotic Party (NPP), Ayikoi Otoo, has openly disagreed with National Security Minister Albert Kan Dapaah over his comment on the judiciary on some of its rulings.

According to the former Attorney General, judges do not rule on party lines even though the perception of bias exists.

“I’m sorry to say that, I don’t think he sought legal advice [before commenting] because the judges have taken an oath to do justice to all manner of persons without fear or favour, ill-will and affection.

“He was saying that if someone brings a bad case, the Supreme Court must give a decision to favour that person merely because every time ruling for you will make people feel there is something wrong?” he quizzed.

Mr Kan Dapaah, speaking at a sensitisation workshop on the national security strategy for judges of the superior courts, warned that the perception that the judiciary is biased has dire consequences on the country’s security.

He added, “If the interpretation of the law is tilted in our favour all the time, people will start accusing the judiciary and will not have the confidence that they need”.

But the former Attorney General speaking on Joy SMS on Monday, April 11, 2022, disagreed with the comments.

Mr Ayikoi Otoo explained that the judges do not give rulings based on law and not feelings.

He doubted if the National Security Minister sought legal advice before making such comments stating that if he did, he wouldn’t have made such an admonishment to the judges.

DISCLAIMER: The Views, Comments, Opinions, Contributions and Statements made by Readers and Contributors on this platform do not necessarily represent the views or policy of Multimedia Group Limited.
Tags:
Albert Kan Dapaah
Ayikoi Otoo
Biased judiciary
National Security
Supreme Court